Finance minister gave no meaningful relief to any section of society, says Chidambaram. 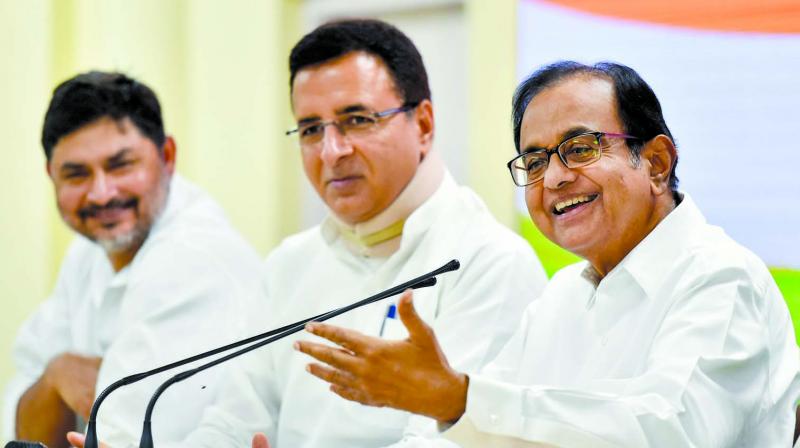 New Delhi: Insipid, opaque, a nightmare and favouring capitalists were some of the terms used by Opposition parties to criticise the Union Budget presented by Finance Minister Nirmala Sithamaran on Friday.

“Budget 2019-20 is an insipid Budget. The Finance Minister’s speech was an unusually opaque exercise…Has there ever been a Budget speech that does not disclose the total revenue, the total expenditure, the fiscal deficit, the revenue deficit, the additional revenue mobilization or the financial concessions?,” senior Congress leader and former finance minister P. Chidambaram said.

He said that the finance minister has given no meaningful relief to any section of the people. On the contrary the finance minister has increased customs duties on a large number of goods (protectionist), raised taxes on petrol and diesel (exploitative) and proposed extensive amendments to the Income Tax Act that will increase the tax and compliance burdens on the taxpayer.

Mr Chidamabaram said that Ms Sitharaman took about 60 minutes to unveil her programmes, which turned out to be mostly expansion of current programmes and schemes —  more rural roads, more electricity connections, more LPG connections, more toilets, more LED bulbs, more homes for the poor, more clusters for rural industries and so on.

Meanwhile, Bahujan Samaj Party supremo and former Uttar Pradesh chief minister Mayawati said though the Union government tried to make the Union Budget alluring, it would only help the capitalists.

"It has to be seen as to how this Budget of theirs is actually beneficial for the people of the country at the ground level," Ms Mayawati tweeted adding that the entire country was "distraught and harassed" by poverty, unemployment, poor educational and health facilities”.