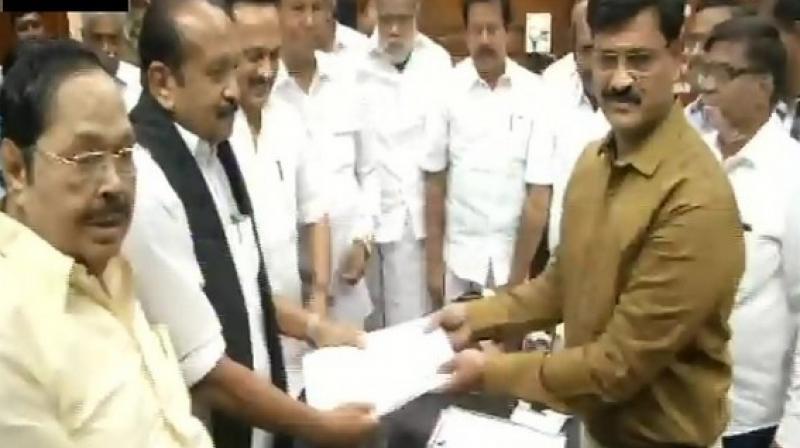 On July 1, the DMK had announced names of its three nominees for the ensuing Rajya Sabha polls. (Photo: ANI)

On July 1, the DMK had announced names of its three nominees for the ensuing Rajya Sabha polls.

Stalin nominated M Shanmugham of DMK and advocate B Wilson for the Rajya Sabha polls in Tamil Nadu to be held on July 18.

The DMK had agreed to give one of its three Rajya Sabha seats to Vaiko, chief of DMK" as part of an agreement in the recently held parliamentary elections.

Elections to the six Tamil Nadu Rajya Sabha seats is scheduled on July 18.

In the 234-member Assembly, AIADMK has 123 members, DMK 100, Congress 7, IUML and Independent one each with two seats vacant.