The Enforcement Directorate on September 3 arrested Shivakumar in connection with an alleged money laundering case. 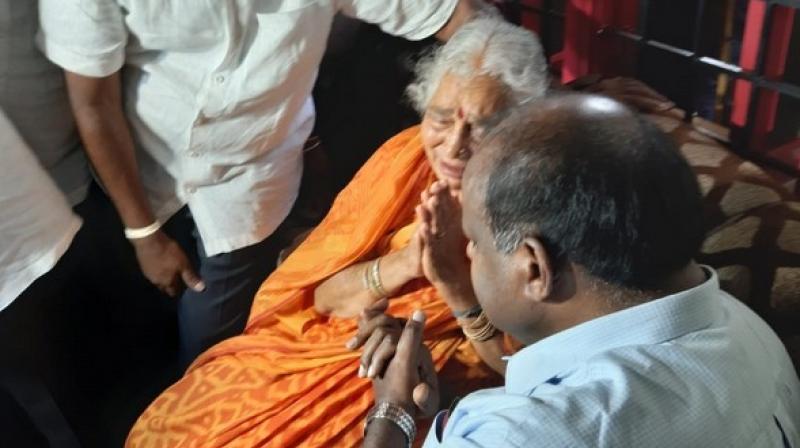 Earlier on Thursday, Congress and JD(S) supporters held a protest at Channabasappa Circle in Kanakapura against the arrest of Shivakumar.

Protests had erupted in Kanakapura with flaming wooden stick torches against Shivakumar's arrest.

The Enforcement Directorate on September 3 arrested Shivakumar in connection with an alleged money laundering case.

On August 29, the Karnataka High Court had dismissed his petition challenging the summons issued by the ED in December 2018.

Later that night, he was summoned by the law enforcement agency under the Prevention of Money Laundering Act (PMLA) and was asked to appear before it on August 30, following which he was interrogated for four days.

The 57-year-old leader had earlier asserted that he has not done anything wrong and will fully cooperate with the investigating agency.

"It is all a conspiracy. I have not made any mistake, murder or indulged in corruption. The money you found is my money and I earned it," he had said.