RSS distances itself from article critical of Infosys 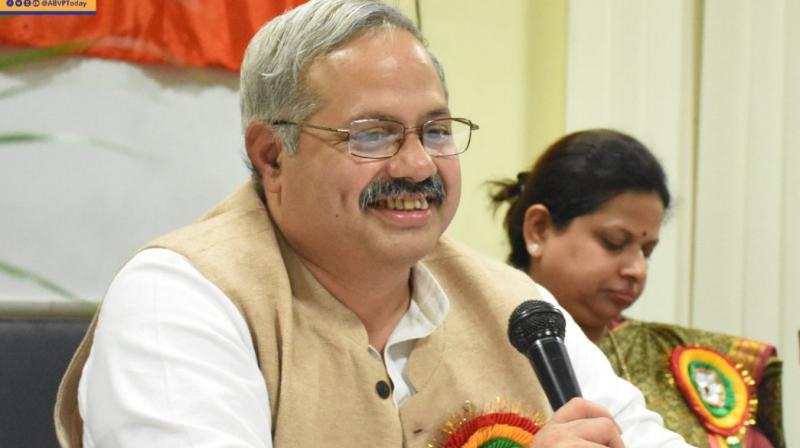 New Delhi:  Clarifying that Panchjanya was not the mouthpiece of the Rashtriya Swayamsevak Sangh (RSS), its all-India prachaar pramukh Sunil Ambekar on Sunday tried to distance the Sangh from an article critical of Indian software giant Infosys that was published in the weekly magazine.

Ambekar claimed that the article reflected the writer’s own opinion and should not be linked with the organisation.

However, firmly backing the article after the RSS’ clarification, Panchjanya said that if Infosys has any objections “it should present its side by urging for a more thorough investigation of these facts in the interest of the company”.

In its September 5 edition, Panchjanya has a four-page cover story on Infosys titled “Saakh Aur Aghaat” (Reputation and Damage), with its founder N.R. Narayana Murthy’s picture on the cover page. The article had termed Infosys as “unchi dukan, phika pakwaan” (great cry and little wool) and alleged that Infosys was aligned with “anti-national” forces and as a result messed up the government’s income-tax portal.

Clarifying the RSS’ stand, Ambekar tweeted: “As an Indian company, Infosys has made a seminal contribution in the progress of the country. There might be certain issues with a portal run by Infosys, but the article published by Panchjanya in this context only reflects the individual opinion of the author… Panchjanya is not a mouthpiece of the RSS and the said article or opinions expressed in it should not be linked with the RSS.”

The article drew flak from the Opposition parties, which lashed out at the magazine calling the piece “anti-national”. Linking the article with a recent statement by commerce minister Piyush Goyal, in which he had criticised Indian industries, the Opposition parties claimed the “Sangh’s coordinated attack on India’s prized corporates” was “shameful”. While the Panchjanya article mentioned that the magazine does not have any solid evidence to say this, it added that Infosys had been accused many times of helping “Naxalites, leftists and tukde-tukde gangs”. It also asked whether Infosys would “provide this same kind of shoddy service for its foreign clients”.

However, standing firm by the article, Panchjanya editor Hitesh Shankar said Infosys was a big firm and very crucial work was given to it by the government on the basis of its credibility. “The glitches in these tax portals are of national concern and those who are responsible for them should be held accountable,” Mr Shankar said. He also tweeted: “Panchjanya stands firm with its report… If Infosys has objections, it should present its side by urging a more thorough investigation of these facts in the interest of the company… Some elements are mentioning the RSS in this episode due to vested interests. Remember, this report is not related to the Sangh, it is about Infosys. It is a matter of facts … relating to the incompetence of the company.”