After Deve Gowda's visit to Statue of Unity, PM Modi says 'happy to see you' 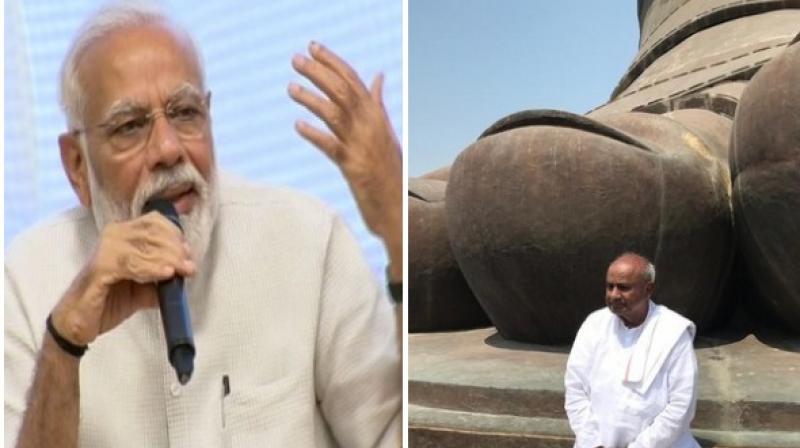 Modi had announced to build the statue when he was Gujarat's Chief Minister in memory of India's first Deputy Prime Minister Sardar Patel who is credited with uniting all 562 princely states of the pre-independent country to build the Republic of India.

Prime Minister Narendra Modi had, in October last year, inaugurated the statue on the occasion of Patel's 143rd birth anniversary.

On his birthday on September 17 last month, Modi visited the statue and the Statue of Unity brought Kevadia and state of Gujarat on the tourism map of the world. The Prime Minister highlighted that more than 23 lakh people have come to see the statue since it was unveiled last year.