'DMK is always ready, it is AIADMK which is afraid of elections,' Stalin said. 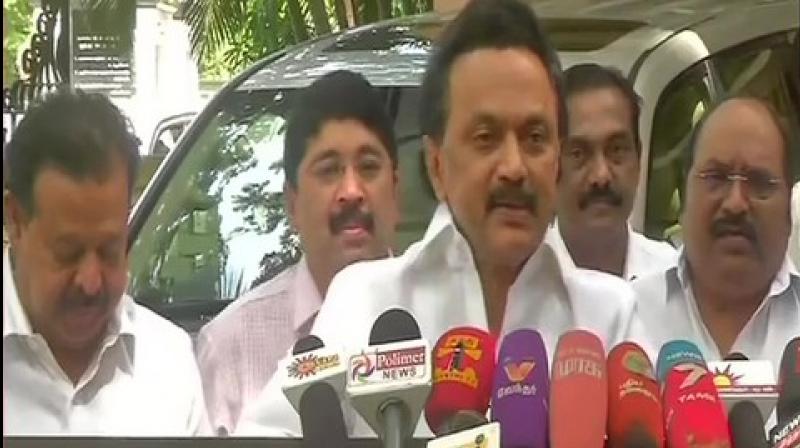 Chennai: After the Supreme Court on Friday said that the local body elections in Tamil Nadu could go ahead as per the earlier schedule of December 27 and 30, but put on hold elections in nine newly formed districts, DMK chief MK Stalin hailed the top court's decision and called it a "historic verdict".

"It's a historic verdict. We welcome this verdict by Supreme Court which has saved democracy. DMK is always ready, it is AIADMK which is afraid of elections," Stalin told media here.

A three-judge bench of the apex Court, headed by Chief Justice of India Sharad Arvind Bobde, and also comprising Justices B R Gavai and Surya Kant passed the order after hearing the petition filed by the Dravida Munnetra Kazhagam (DMK).

The Supreme Court also directed that the delimitation process be conducted in these nine districts of Tamil Nadu as soon as possible and local body elections be held there too within four months.

DMK had on December 2 filed a fresh petition in the Supreme Court seeking its direction to stay the Tamil Nadu state local body election notification.

The petition in the case was filed by C R Jayasukin before the apex court seeking a direction to stay the Tamil Nadu state local body election notification.

The petitioner sought a direction from the Apex Court that the notification issued by the Tamil Nadu State Election Commission of December 2 should be struck down.