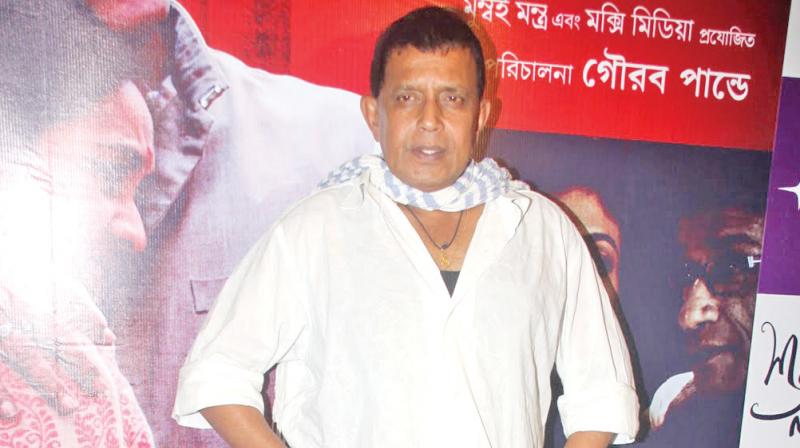 Mr Chakraborty had resigned as a parliamentarian citing health issues in December 2016 and stayed away from politics after his name surfaced in the multi-crore Saradha chit fund scam. — By arrangement

Kolkata: Two famous Bollywood actors, Mithun Chakraborty and Akshay Kumar, are likely to share the stage with Prime Minister Narendra Modi at his mega rally on Brigade Parade Ground in Kolkata on Sunday.

Mr Chakraborty is reaching Kolkata on Saturday night, said BJP national vice president Mukul Roy while adding, "He has expressed his wish to meet the PM."

BJP sources indicated that Mithun da may join the saffron party in Mr Modi's presence and may well become its chief ministerial candidate against two-time CM and Trinamul Congress supremo Mamata Banerjee who had made him her party’s Rajya Sabha MP in April 2014.

If he joins the BJP and contests the polls, it is bound to be a major jolt for the ruling TMC. Mr Chakraborty had resigned as a parliamentarian citing health issues in December 2016 and stayed away from politics after his name surfaced in the multi-crore Saradha chit fund scam for his alleged role as the company’s brand ambassador in exchange for money which he later returned after facing Enforcement Directorate's questioning.