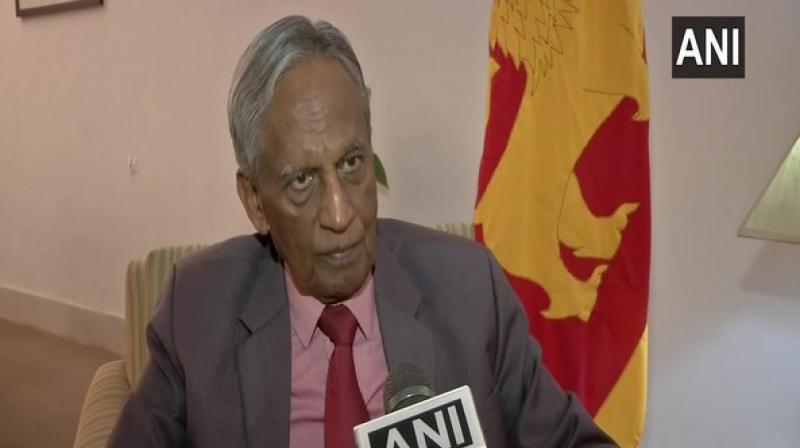 "Prime Minister Modi is visiting Sri Lanka on June 9. It is of great importance, especially because India and Sri Lanka are close allies. It is a proud moment especially after his massive victory in the general elections. It is a huge honour for us," he told ANI.

"His visit to Sri Lanka after the 21st April bombings also sends a message internationally. Domestically when we look at it, it gives a message that here is a head of a government who is visiting to show solidarity...and shows the Indian government's humane approach towards the people of Sri Lanka after the Easter terror blasts," Fernando told ANI.

Multiple blasts ripped through Sri Lanka on April 21, when the Christian community was celebrating Easter Sunday. The explosions rattled three churches and high-end hotels across the country, killing more than 250 people. A local Jihadi group and ISIS affiliate, National Thowheeth Jama'ath, claimed responsibility for the devastating attacks which have been widely condemned.

The High Commissioner also spoke on the relaxation of travel advisories issued by the Ministry of External Affairs for Indians travelling to Sri Lanka in the aftermath of the terror attacks.

"PM Modi's visit to Sri Lanka will send a message that it is a safe place to travel to. We would like the Indian government to lift the travel advisory for Sri Lanka," Fernando added.

Speaking on the global issue of terrorism, Fernando further stated that India and Sri Lanka have been facing terrorist attacks. "India has also said that it will look into the safety and security matters of its neighbourhood more closely," he noted.

"The outcome of the investigation into the coordinated serial bombings on April 21 will provide a huge lesson for us, as well as, other countries. There must be a platform through which the intelligence networks of India and Sri Lanka could work together to deter any such terror attacks in the future. Such problems cannot be tackled individually. We need to work closely," Fernando said.

He also commented on the bilateral relationship, which has become closer under PM Modi's leadership.

"The bilateral relationships between the two countries have become closer. Some sought of aberration which existed before 2014 have been corrected under him," the High Commissioner said.

The Prime Minister will be undertaking his first foreign bilateral tour after assuming office by visiting Maldives and Sri Lanka on June 8th and 9th.

The official visits indicate the importance India attaches to the policy of 'Neighbourhood First,' Modi said, adding that they will further cement ties with key maritime neighbours.