The police reached the spot immediately after getting information about the violence. 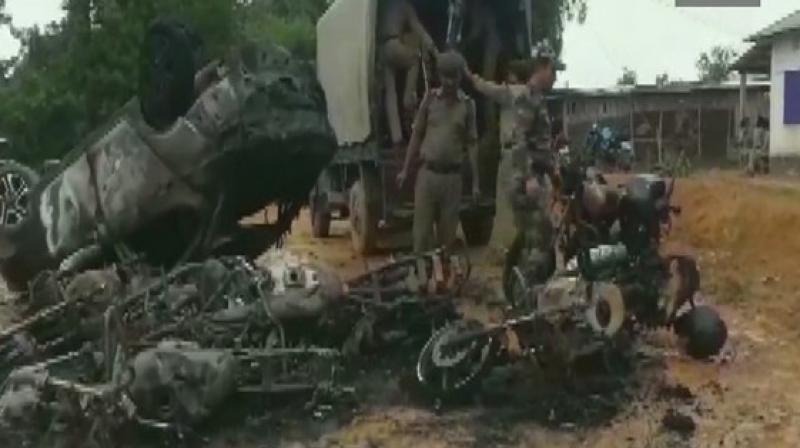 Bengaluru: Amidst the ongoing political turmoil that seems to have brought the Congress-JD(S) coalition government in the state in minority, Karnataka Chief Minister HD Kumaraswamy arrived in Bengaluru on Sunday evening.

The Chief Minister who was in the USA arrived here in a special chartered flight.

He will soon hold a high-level meeting with JDS MLAs and Congress party leaders. The meeting will discuss among other things the current crisis the coalition government is facing.

On Saturday, 11 Congress-JD(S) MLAs had resigned plunging the state government in crisis. Later in the day, 10 Congress MLAs left for Mumbai where they are said to be lodged in a hotel.

A rebel JD(S) MLA H Vishwanath had, however, claimed that 14 MLAs have resigned.

While the leaders from Congress have blamed the BJP for the crisis, BJP on its part has denied any role in it.