A senior JD(S) leader, on condition of anonymity, said: ‘Siddaramaiah is playing games to wreck Congress-JDS coalition for his prestige.’ 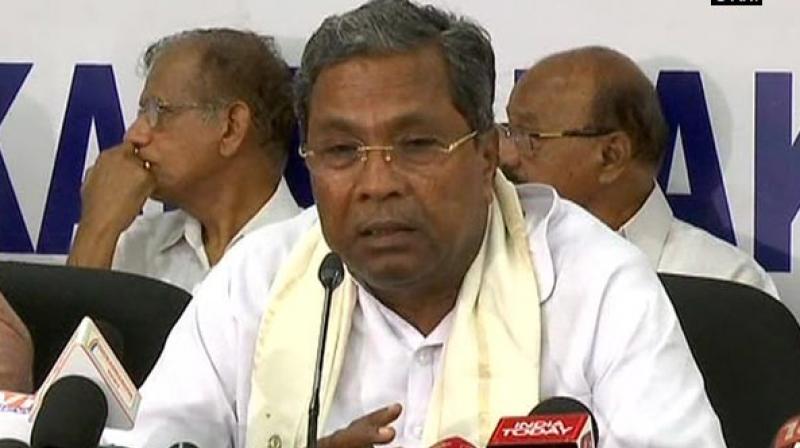 Earlier today, Siddaramaiah refuted claims about him being the reason behind the crisis. (Photo: ANI)

"I appeal to our leaders and activists not to speak against the alliance government, Chief Minister or Deve Gowda. Beware of the quarrelling wind news that opponents are raising for the alliance," the Congress leader said in a tweet.

His appeal comes hours after a senior Congress leader, who is tasked to keep the party MLAs together, has blamed Siddaramaiah for sabotaging Karnataka government coalition, terming the former chief minister "a thief inside the party."

The senior party leader, on the condition of anonymity, said: "Siddaramaiah is playing games to wreck the Congress-JDS coalition for his prestige."

"There are thieves inside the house (Congress). One man (Siddaramaiah) is doing this for his prestige. He is playing all these games. MLAs who are there (in Mumbai) are in constant touch with Siddaramaiah but I don't know what my party high command is doing," he said.

Earlier today, Siddaramaiah refuted claims about him being the reason behind the crisis.