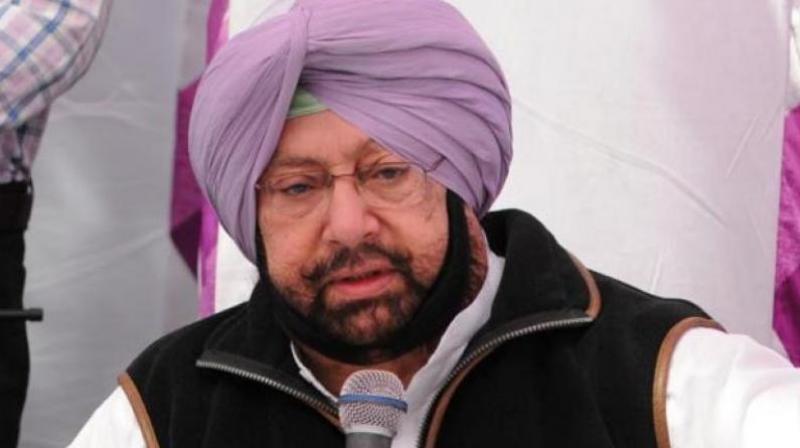 New Delhi: Punjab chief minister Captain Amarinder Singh on Tuesday met Congress president Sonia Gandhi in the national capital, but there was no clarity on what the outcome was. The meeting with Mrs Gandhi comes after more than a month of turmoil in the Punjab Congress which was precipitated after public utterances by disgruntled Congress legislator Navjot Singh Sidhu against the Congress government and the chief minister.

After the one-and-a-half hour long meeting with Mrs Gandhi, the Punjab chief minister said, “Whatever Sonia Gandhi decides about the party in Punjab will be acceptable to us and we will implement her will.’’

Mallikarjun Kharge, chairman of the AICC panel on Punjab, was called by Mrs Sonia Gandhi to the meeting. With just months to go for the Assembly polls, insiders claim that during their meeting, Captain Amarinder Singh and Mrs Gandhi were to work out a formula to end factionalism by accommodating all sections, castes and regions in the overhaul of the Punjab state unit of the party as well as the state Cabinet.

Insiders also claim that Capt. Singh has made it clear to the high command that the legislators are behind him.

In the last couple of weeks almost all legislators from Punjab and other leaders have appeared before the high-powered committee constituted by Mrs Gandhi to sort out the Punjab issue. They have also met senior leader Rahul Gandhi. Most of them have said that there is no alternative in Punjab apart from Captain Amarinder Singh. Several have gone ahead and suggested that if the will of the legislators is not taken into account and an "outsider" is appointed to an important position, then unforeseen developments can take place. Sources say that the Punjab Congress chief Sunil Jhakhar will be replaced and Captain Amarinder Singh will continue as the chief minister.

Senior leaders say that changes in Punjab Congress are likely to come into effect as soon as this weekend.

Interestingly, Mr Navjot Singh Sidhu’s utterances against the Punjab government continue even after he has had a meeting with Priyanka Gandhi and Rahul Gandhi.