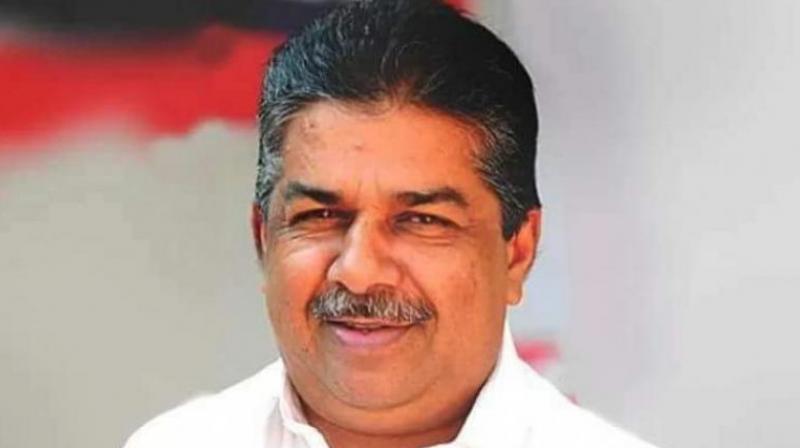 Thiruvananthapuram: Kerala fisheries and culture minister Saji Cheriyan who denounced the Constitution during a speech the other day, resigned from the Left Democratic Front (LDF) Cabinet on Wednesday evening.

Cheriyan called on chief minister Pinarayi Vijayan and handed over his resignation.

Subsequently he held a press meet at the state secretariat to publicly announce his decision to step down. The 57-year-old minister said it was his independent decision to resign as his remarks had created a wrong impression. Cheriyan said he would continue to uphold the values of the Constitution.

Surprisingly, even at the press conference the minister sought to justify his speech yet again and blamed the media for misinterpreting his remarks by taking a portion of it out of context. Cheriyan who hails from Alappuzha district entered assembly after winning Chengannur by election in 2018. He was re-elected from the same constituency in 2021.

At a CPM meeting in Mallappally on Sunday, Cheriyan said the constitution of India had been written in such a manner that helped the loot of people. The constitution was prepared and handed over by the British and written by the Indians. Many including those in the opposition felt that his statement amounted to insulting and belittling the architects of the Constitution like Dr B R Ambedkar.

Hectic political activities took place in the run up to the resignation on Wednesday. The available state secretariat of the CPM which include chief minister Mr Pinarayi Vijayan and CPM Kerala unit secretary Mr Kodiyeri Balakrishnan met at the party headquarters AKG Centre to discuss the issue.

After the meeting when media persons confronted Cherian and asked whether he would resign, the minister shot back; why should I resign? I have already made my position clear in the assembly.

His reaction gave an indication that the state leadership had not reached a decision. It was also informed that an extended state secretariat meeting would discuss the matter on Thursday. What also surprised people in Kerala was the chief minister’s silence on the issue. Notwithstanding the raging controversy, he neither spoke on the issue within or outside the assembly nor issued a statement since yesterday. Till then the CPM leaders took a position that the minister’s remarks were a slip of the tongue and unintentional.

However, a concrete indication about Cheriyan’s position becoming untenable came when CPM general Mr Sitaram Yechury, while replying to questions from media persons in Delhi, said the state leadership had been directed to take appropriate action and announce it. Things were now clear that the central leadership was in no mood to wait till Thursday.

It is also learnt that the chief minister had sought legal opinion from the Advocate General on the possible outcome should the matter come before the courts. Finally, the leadership decided to pave the way for his honourable exit.