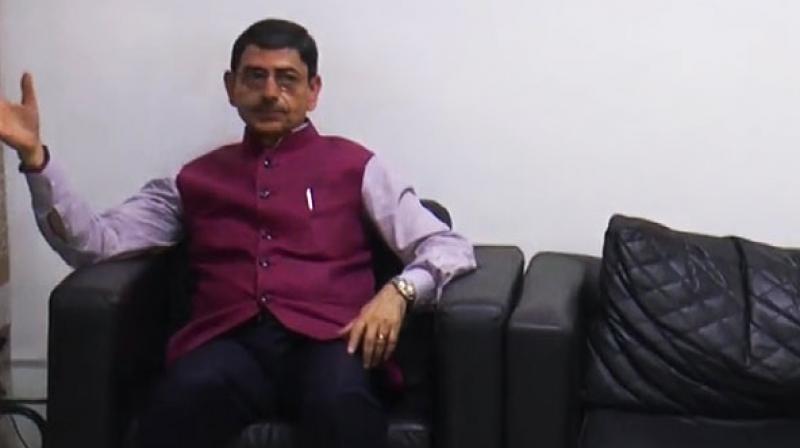 Ravi was earlier the interlocutor for the central government for the Centre-Naga peace talks. (Photo: ANI)

Guwahati: The prime minister’s envoy to the Naga peace talks R N Ravi, who is also the governor of Nagaland, will be leaving for New Delhi next week to hold talks with the collective leadership of the Nationalist Social Council of Nagaland (Isak-Muivah) led by its general secretary Thuingaleng Muivah, to short out differences on rhetorical issues like—flag, separate constitution for Nagaland and setting up a memorial of arms and ammunitions of Naga rebels at Kohima.

Disclosing that a delegation of the NSCN (I-M) has left for New Delhi on Friday to join its 86-year-old general secretary Th. Muivah who is in New Delhi and also battling with some health issues, security sources, however, clarified that the NSCN (I-M) delegation was asked to reach New Delhi a little early because of restrictions due to COVID-19.

Clarifying a report in a section of media that government of India was preparing for signing the peace-accord with Naga rebel groups by August 15, security sources said that it was not possible as a lot of constitutional and legal exercises relating to resolution of Naga issues have to be completed before the signing of the peace-accord.

Pointing out that the Working Committee of the Naga National Political Groups (NNPGs) is ready to sign the peace accord and all the issues have been settled with them, security sources said that there will be only one peace-agreement in which all the Naga stakeholders would be the signatory.Meanwhile, the powerful Nagaland Tribes Council (NTC) has welcomed the resumption of talks which started on July 14 with Working Committee of Naga National Political Groups (WC, NNPGs).

The president Mr Toniho Yepthomi and the general secretary of the council Mr Nribemo Ngullie said that the resumption of negotiations was a step towards achieving solution through agreement. While lauding the role of Nagaland Governor and Interlocutor for Naga talks Mr Ravi, the council leaders said that ongoing negotiations were history in the making as the tribal council feels that time has now come for a new dispensation to usher in a new era of peace and tranquillity in Nagaland.