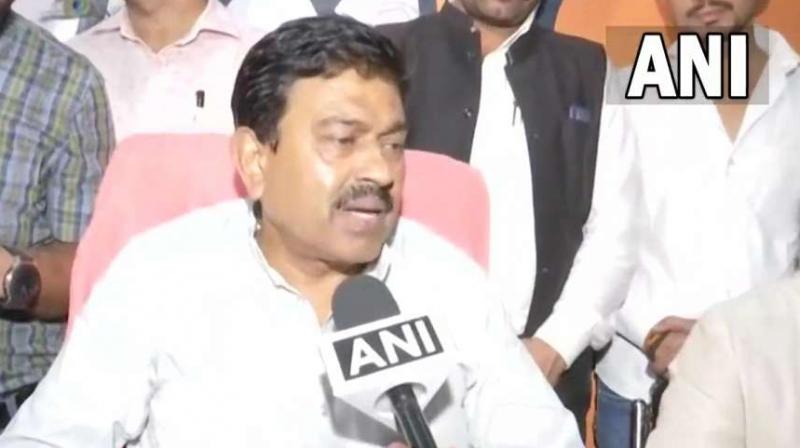 New Delhi: Union minister of state for home Ajay "Teni” Mishra on Wednesday met his senior colleague, home minister Amit Shah, amid pressure from the Opposition and some farmers’ unions that are demanding his sacking over his son’s alleged involvement in the Lakhimpur Kheri incident.

A prominent political figure of the Terai region in election-bound Uttar Pradesh, Mr Mishra, who met Mr Shah for nearly 40 minutes, belongs to the Brahmin community, which is perceived to be feeling neglected under the Yogi Adityanath-led BJP government in the state. Mr Mishra’s induction in Prime Minister Narendra Modi’s council of ministers was also seen as the BJP top brass’s effort to assuage the community, which otherwise is considered as a strong supporter of the saffron party. While it has to be seen whether or not the BJP top brass heed the Opposition’s demand to sack the minister or order his son’s arrest, sources said. The party’s central leadership will have to consider the pros and cons of any action against the Brahmin leader and its likely impact on the crucial Assembly polls as the Opposition has already turned the incident into a poll plank against the BJP, which is also gauging the impact of the farm unions’ protests against the three agricultural laws on the coming polls.

As the Opposition Congress leaders, including Rahul Gandhi and Priyanka Gandhi Vadra, headed to meet the family members of the four farmers who died in the incident last Sunday,  the BJP accused Mr Gandhi of trying to “fan unrest” over the incident and said that neither Mr Gandhi or his family have “any concern for farmers or anyone” but were using the tragedy as an opportunity to derive political mileage at a time when senior Congress leaders have posed serious questions over the party’s leadership issue.

Asserting the law will take its own course and the guilty will be caught, UP Cabinet minister Sidharth Nath Singh alleged that the Opposition’s attitude on the “sensitive” incident was “negative”, while saying that “no one will be allowed to vitiate the atmosphere”.

“They (Opposition) got a chance for a photo opportunity and do Twitter politics while sitting at home. Their objective is to take photos and post it on the social media,” said Mr Singh.

After Mr Gandhi alleged that a dictatorship prevails in the country under BJP rule, its spokesman Sambit Patra said “irresponsibility” has become his second name and the Congress was trying everything to “provoke” people to cause violence. Mr Patra said the UP government’s earlier decision to not allow most Opposition leaders to visit Lakhimpur Kheri was taken to maintain peace in the area and noted that farmers’ leaders and the local administration had coordinated to deal with the crisis after nine persons, including four farmers, had died in the incident. The BJP said that an “impartial probe” was on into the violence and people should not give irresponsible statements that may obstruct justice.

On Mr Gandhi allegation that there was no democracy in the country and dictatorship prevails, Mr Patra referred to the recent attack at senior Congress leader Kapil Sibal’s house and said Mr Gandhi had never faced protests from BJP workers over his press conferences, while Congress members threw tomatoes and agitated outside their leader’s residence for his critical comments about the party’s functioning.