The real purpose has been to promote separatism in Punjab and drive a wedge between the Sikhs and the Hindus, the sources said. 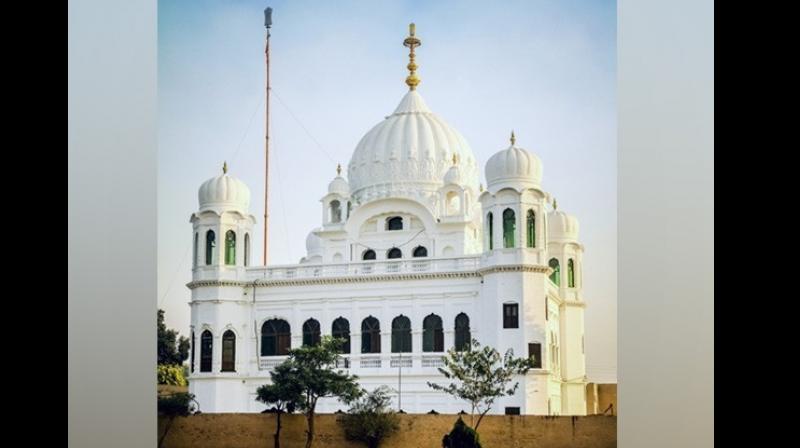 The Pakistan Army was pushing for the Kartarpur corridor project with a strategic objective of promoting separatism in Punjab and Indian security forces will make no compromise if Islamabad tries to use it for ulterior motives, government sources said on Wednesday. (Photo: File)

New Delhi: The Pakistan Army was pushing for the Kartarpur corridor project with a strategic objective of promoting separatism in Punjab and Indian security forces will make no compromise if Islamabad tries to use it for ulterior motives, government sources said on Wednesday.

India conveyed its strong objections to Pakistan after a video released by it on the Kartarpur corridor featured a photo of three Khalistani separatist leaders, including Jarnail Singh Bhindranwale, they said.

The Kartarpur corridor is scheduled to be inaugurated on Saturday on both the Indian and Pakistani sides. The corridor will link the Gurdwara Darbar Sahib in Pakistan's Narowal district to Dera Baba Nanak in Gurdaspur in Punjab.

India has asked Pakistan to provide top-level security to the visiting dignitaries and conveyed to it that the threat of anti-India elements to the delegation has been a concern for it, the sources said.

They said Pakistan has not heeded India's request to allow an advance team to assess the arrangements for the VVIPs, including for the former prime minister, which is a normal practice.

A team of officials from the Indian High Commission, however, was allowed to visit Kartarpur to see the arrangements, the sources said, adding Pakistan has been told that no Khalistani groups should be allowed around the shrine or the corridor.

Pakistan is yet to respond to India's request. If there is a change, the Kartarpur agreement has to be amended, the sources said.

The Kartarpur corridor project survived the crisis in bilateral ties after the Pulwama attack as well as India's historic decisions on Kashmir as powers larger than the civilian government in Pakistan were pushing it for strategic objectives, they said.

India decided to go ahead with the Kartarpur project respecting the sentiments of the Sikh community and that it saw a real possibility of peace coming through the initiative, the sources said.

India's assessment is that the Kartarpur project was being implemented with alacrity and military zeal under the supervision of the Pakistan army as it has the strategic objective to use the corridor to encourage separatism in Punjab, they said.

The real purpose has been to promote separatism in Punjab and drive a wedge between the Sikhs and the Hindus, the sources said.

Asked whether Punjab MP Navjot Singh Sidhu's request to allow him to travel to Pakistan was cleared, the sources only said those who are part of the official delegation to visit the shrine on Saturday will not need political clearance.

Notwithstanding a chill in bilateral ties over Kashmir, Pakistan and India after tough negotiations signed a landmark agreement in October to operationalise the Kartarpur Corridor to allow Indian Sikh pilgrims to visit the holy Darbar Sahib in Pakistan.

The two countries decided that 5,000 pilgrims can visit the shrine everyday and that additional pilgrims will be allowed on special occasions, subject to capacity expansion of facilities by the Pakistani side.

India and Pakistan have also decided that the corridor will be operational through the year and seven days a week and that pilgrims, except kids and elderly persons, will have a choice to visit it as individuals or in groups.