The BSF frequents villages. There are many complaints of tortures by them on the common people, says Mamata 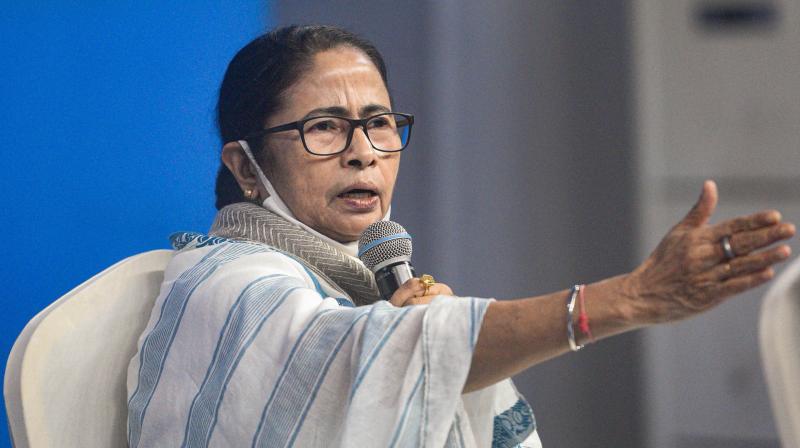 I happened to meet the BSF DG recently. He was told about it. We have made a system. We are sending a letter. We are also not giving any permission, says WB DGP Manoj Malviya. — PTI

Kolkata: Alarmed by the killings of 14 civilians in a botched military operation in Nagaland, West Bengal chief minister Mamata Banerjee on Tuesday instructed her government officials not to allow the Border Security Force to operate beyond their jurisdiction in the state.

The Trinamul Congress supremo also accused the BSF of crossing their jurisdictional limits without informing the state police at an administrative review meeting of two North Bengal districts, North Dinajpur and South Dinajpur, at Karnajhora in Raiganj.

Ms Banerjee told acting state director general of police Manoj Malviya, present at the meeting, "The BSF frequents villages. There are many complaints of tortures by them on the common people. They are even found in the voters' queues during elections. Did you ever take up this case with the BSF DG and talk to him? It should be done at the DG level."

She alleged, "There are many districts like Malda, Murshidabad, North Dinajpur and South Dinajpur where the BJP is supposed to operate within a jurisdiction of 15 kms (from the border) only after informing the state police. But they sneak everywhere without informing the cops. You have seen what problem arose in Nagaland. So you have to learn. You also saw what problem cropped up at Sitalkuchi. Recently three persons were shot dead in Coochbehar. I do not want any confrontation. You have to be very careful about it."

She then told the inspectors-in-charge (IC), who head the police stations, and the block development officers (BDOs) in the districts, "Our ICs often prefer to spare them. Who's who does this? People from outside enter your jurisdiction. They are not authorized for this. Law and order is your subject. Do you keep a watch? I will also ask the BDOs to stay alert. If any such complaint comes, visit the area with the IC and tell them: This is not your jurisdiction. You do it in your jurisdiction, no problem, which is legally correct."

Mr Malviya assured the CM of taking steps, saying, "I happened to meet the BSF DG recently. He was told about it. We have made a system. We are sending a letter. We are also not giving any permission." Slamming the CM, BJP leader Shameek Bhattacharya claimed, "After her comments, the TMC MLAs, MPs and leaders will attack the BSF more. This is not expected in a healthy democracy."