After free electricity, Akhilesh promises laptops to students if party voted to power 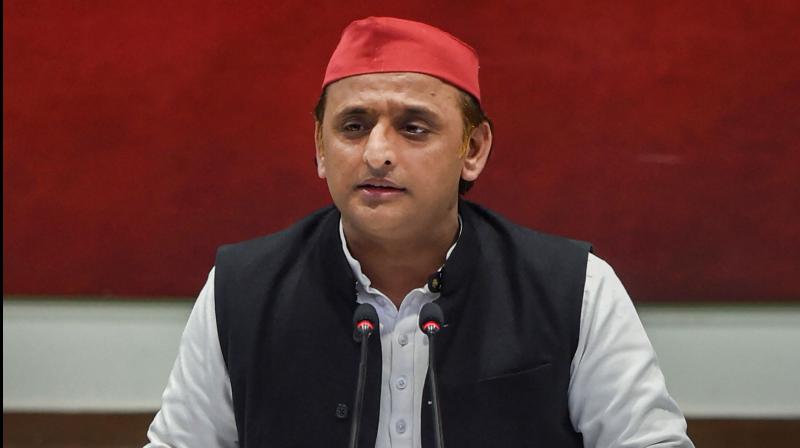 Lucknow: Samajwadi Party (SP) president Akhilesh Yadav on Saturday said if his party is voted to power in Uttar Pradesh, laptops will be distributed among the youth and students in the state.

This comes days after Yadav promised 300 units of free electricity to households if his party won the assembly elections.

The SP chief also took strong objection to the BJP media cell posting his picture on social media with the claim that the Kanpur perfume trader who was recently raided by the income tax department was present alongside Yadav during a tour of France.

Yadav said the legal cell of his party will lodge an FIR against the BJP IT cell in-charge for indulging in "false propaganda".

"The party has already promised 300 units and free electricity for irrigation purposes. The party resolves to provide best quality laptops to the youth and students on coming to power," Yadav told news persons here.

"We had distributed lakhs of laptops last time, and the recipients are still benefiting from them in moving ahead and making arrangements for their employment," he said.

The Yogi Adityanath government of the state is also distributing smartphones and tablets to the youth.

With state elections right around the corner, political parties are coming out with a slew of promises to attract voters.

"They have shared my picture of France saying that the ittar (perfume) trader arrested in Kanpur is standing along with me. The legal cell of the SP will definitely lodge an FIR against him," Yadav said, also showing the picture in the press conference.

"The in-charge of the BJP IT cell is spreading lies for money by taking support from the government of India and the Uttar Pradesh government. I will ask my digital team to also use his picture and tell the people that he is the biggest liar," Yadav alleged.

In a joint raid by Income Tax and the GST Intelligence wing, Rs 177 crore cash and a large quantity of gold and silver were recovered from the home of perfume trader Piyush Jain in Kanpur and also from his house and factory in Kannauj. The trader was subsequently arrested.

The saffron party had alleged that Jain has links with the SP. Akhilesh Yadav, however, has vehemently denied it.

On whether on coming to power, his party would do anything for students from poor families who want to study abroad, Yadav said the SP would create a fund for the purpose.

He also appealed to the Election Commission that if it decides to hold virtual rallies for Uttar Pradesh polls, some amount of funds should be given to political parties which do not have the resources to match the BJP.

Yadav added that he is not in favour of online voting.

The SP president said that he would also urge the Election Commission to keep an eye on speeches by BJP leaders spreading hatred.