Local leaders say they are clueless about campaign strategy of Prashant Kishor’s team. 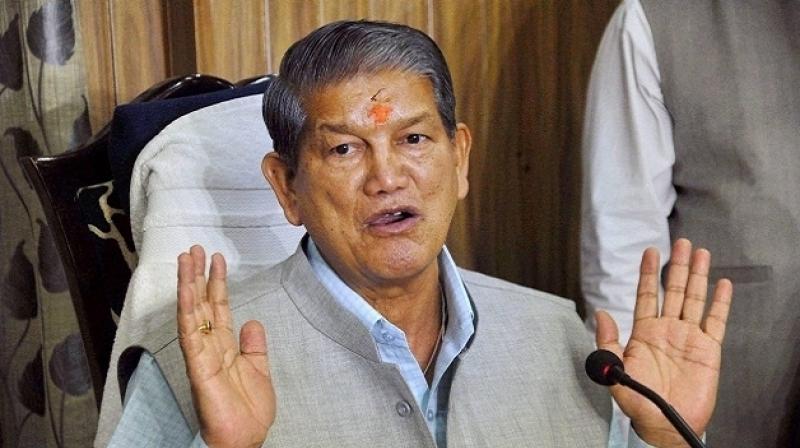 Dehradun: Ahead of elections on February 15, resentment seems to be brewing in the Congress’ Uttarakhand unit against the party’s top leadership, including chief miniser Harish Rawat.

Local Congress leaders are angry with both the chief minister and the campaign strategist, Prashant Kishor, as many complained of being completely “sidelined and left out”.

A separate campaign cell has been created by Prashant Kishor’s team, which operates on its own, without consulting local leaders.

“We have no idea what he is doing and how he intends to do it,” a senior local Congress leader said. However, the chief minister is leaning heavily on Mr Kishor’s “magic”  to return to power. For him, Mr Kishore is the “chawanprash”, which cures all ills.

Though there are videos projecting Mr Rawat as “bahubali”, carrying Uttarakhand on his broad shoulders, at the ground level, things appeared to be in disarray.

On Tuesday, five days before the end of the campaign, the state Congress finally managed to setup an election control room at its headquarters in Dehradun. The control room is virtually the backbone of any party as the constituencies, vote banks, among other  important election details are monitored through this. A senior local Congress leader revealed that the control room was set up only after senior leaders, like Rajya Sabha MP Kumari Shelja and former Union minister Bhanwar Jitendra Singh, came to the state capital.

It was from Tuesday that the state unit began its daily briefings and organising public meetings by central congress leaders. Leaders like Manish Tewari and Randeep Surjewala will be made to organise meetings and interactions with party cadre.

“We have no idea about what or how the campaign is being managed. It is Delhi and Harish Rawat who are running the show. The cluelessness and resentment could prove costly for Rawat. While the leaders close to Mr Rawat claimed that it was going to be a ‘close race’,  a large chunk of local leaders whispered about the BJP breasting the tape,” the local leader said.

Local Congress leaders felt that if Mr Rawat and Mr Kishor had “involved” them, it “would have helped the party”.

They argued that the “outsiders, who were being dumped on us”, have “no idea of the region.” Another leader seething with anger retorted, “we have rendered useless. Let’s see how the central leadership manages the polls.”

The so-called “outsiders”, Kapil Sibal, Anand Sharma, Soorjewala, will be arriving shortly to woo the electorates in the state. This is not something the local Congress leaders, “who feel slighted and marginalised,” are happy about.