Tilhar likely to be cakewalk for Cong’s Jitin Prasada

Baba Saheb was the name that the late Jitendra Prasada, a veteran Congress leader, was known by in the area. 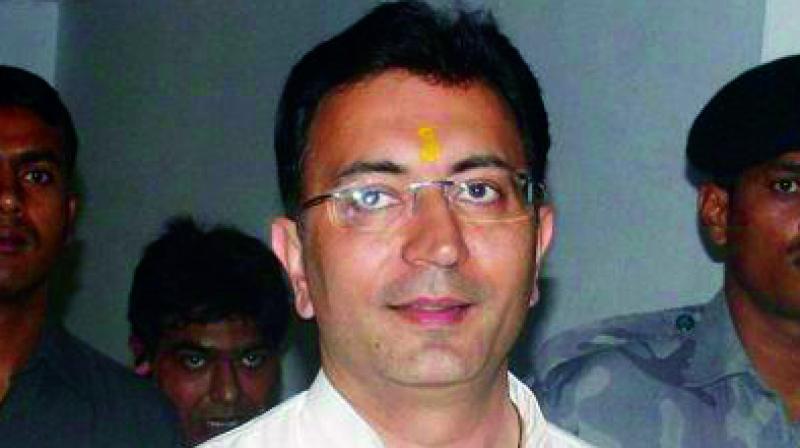 A few old men sit in the sun and share anecdotes about “Baba Saheb” and his generosity, his accessibility and his readiness to help. Baba Saheb was the name that the late Jitendra Prasada, a veteran Congress leader, was known by in the area.

“Jitin Prasada (his son) will win this time. He had to leave Shahjahanpur and opt for Dhaurhara in 2009 after the seat became reserved. He is Baba Saheb’s son and we will make sure that he keeps the legacy alive,” said Sant Ram Tiwari, one of the septuagenarians in the group.

Jitin Prasada, a former Union minister and senior Congress leader, is making a debut in state politics after being a two-term MP, and is contesting the Tilhar Assembly seat. He said that he opted to contest in the Assembly elections because he wanted to remain connected with his hometown.

That the Congress alliance with the Samajwadi Party has proved to be a major boost for both parties is evident from the poll talk at tea stalls. At a wayside tea stall in Tilhar, dhaba owner Rajiv says, “There is no excitement in the election this time. Jitin Prasada is way ahead of his rivals because the outgoing MLA Roshan Lal Varma (BSP) did not work here.” Roshal Lal Varma is now contesting on a BJP ticket.

Jayesh Prasad, cousin of Jitin Prasada and a politician himself, says, “The alliance has given an option to the people. Baba Saheb’s emotional connect with the people is still palpable even though it has been a decade-and-a-half since he passed away, Jitin is getting the benefit of this.”

Abdul Qadir, the lone Muslim candidate, contesting as an independent after being denied a ticket by the SP, has now announced his support to the Congress, making it easier for Jitin Prasada

“The main challenge is to counter the caste and communal politics that has been dominating the region. No one talks of development here, and even the people have lost all hope of seeing better days,” Jitin Prasada said.

What is also working in his favour is the buzz that he could be named deputy chief minister if the SP-Congress alliance comes to power.

“We will suddenly become a VIP constituency if this happens,” said Ravi Kumar, a young unemployed graduate.