The ruling side, meanwhile, was adamant that Mr Gandhi should apologise. 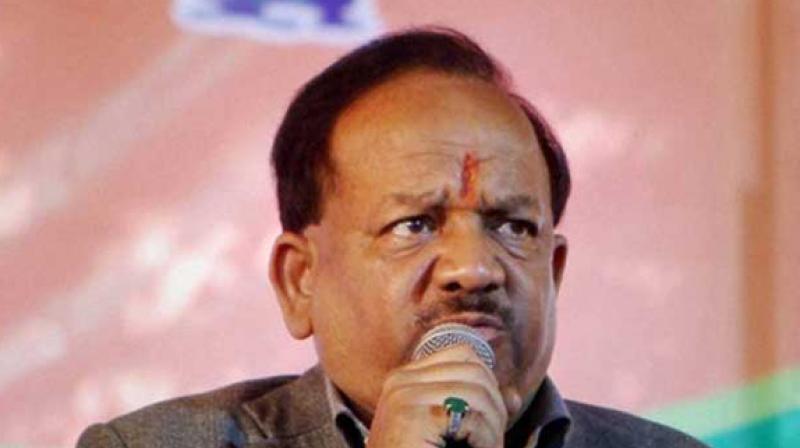 Within minutes of Dr Harsh Vardhan’s demand, MPs from both the treasury benches and the Opposition were seen facing each other as if in a battlefield and almost came to blows.

It all began when the moment the minister read out the apology demand to the House, Congress MP from Virudhnagar Manickam Tagore jumped into the Well and moved towards the minister, but was stopped by BJP MPs led by Kaiserganj MP Brij Bhushan Sharan Singh.

As both sides almost came to blows, Congress MP from Ernakulum Hibi Eden was seen playing peacemaker and leading Mr Tagore out of the melee.

After the House was adjourned by the Speaker, MPs from both the ruling side and the Opposition were seen shouting slogans at each other. Many remained in the well.

Shortly thereafter, both Rahul Gandhi and Congress’ Lok Sabha leader Adhir Ranjan Chowdhary met Speaker Om Birla and demanded that Dr Harsh Vardhan
should apologise and Mr Gandhi should be given a chance to speak in the House.

In a separate complaint to the Speaker, Mr Tagore alleged that he was manhandled and said the CCTV footage should be seen to take action.

Mr Gandhi said: “We are being stifled and we are not being allowed to speak in Parliament. They have suppressed our voices.”

The Congress also took offence to the fact that the minister chose to seek the apology while getting up to reply to a question by Mr Gandhi on the status of medical colleges in Wayanad.

“It is after a lot of patience and perseverance that one gets to ask a question in the Lok Sabha. The minister has trampled on the rights of the MP by his remarks,” Mr Adhir Ranjan Chowdhary said.

The ruling side, meanwhile, was adamant that Mr Gandhi should apologise. Meetings were held in the chamber of parliamentary affairs minister Prahlad Joshi, who also later reiterated the demand in the House.