The matter was first raised by Tilak Nagar MLA Jarnail Singh, who said there was urgent need to redesign roads in West Delhi. 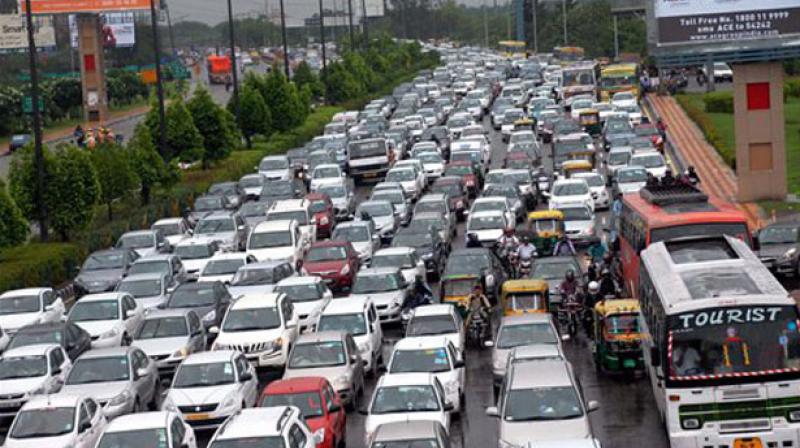 New Delhi: The issue of "worsening" traffic situation of the city on Tuesday echoed on the second day of the Budget session after several MLAs and Speaker reached the Assembly late due to traffic jams.

Most of the AAP MLAs raised the issue with Speaker Ram Niwas Goel seeking his intervention.

Goel said he was stuck in a traffic jam near ISBT for around one hour and got late. Traffic jams was one of the reasons due to which the Assembly proceedings started about ten minutes late.

BJP MLA Jagdish Pradhan said that he got late in reaching the Assembly for the session even though he had left his constituency Mustafabad on time, as he was held up in a traffic jam.

"I was delayed as I met traffic jams all along the route. Traffic police may not come under the Delhi government but what is it doing to address the problem? Has it written, even once, to the traffic police to look for the solutions," Pradhan asked.

Goel added to Pradhan's example, saying he too got stuck in traffic on his way to the Assembly, and en-route he did not find a single traffic personnel managing the traffic.

"The matter has been taken up with the Delhi traffic police on several occasions," he said.

The matter was first raised by Tilak Nagar MLA Jarnail Singh, who said there was urgent need to redesign roads in West Delhi and spoke to traffic police to workout alternate plans for the area.

"An elevated road has been built from Vikas Marg to Meera Bagh. Now that more people are using this area, the traffic situation has gone out of hand.

"There are massive traffic jams on this stretch, Najafgarh Road and in front of Janakpuri district centre. There is an urgent need to redesign these roads," Singh said.

Wazirpur MLA Rajesh Gupta said that a major reason for the traffic congestion was encroachments along the roads.

"The municipal corporations refused permission to set up mohalla clinics calling them encroachments but every other kind of encroachment is being allowed.

"With the bus stops being taken over by the hawkers and illegal parking, buses are not getting space to stop so they stop in the middle of the road, leading to further congestion. We have raised this matter on multiple occasions with the agencies concerned but there has been no response from them," he alleged.

He also said unauthorised markets have come up in such a way that there is no space for vehicles on the roads.