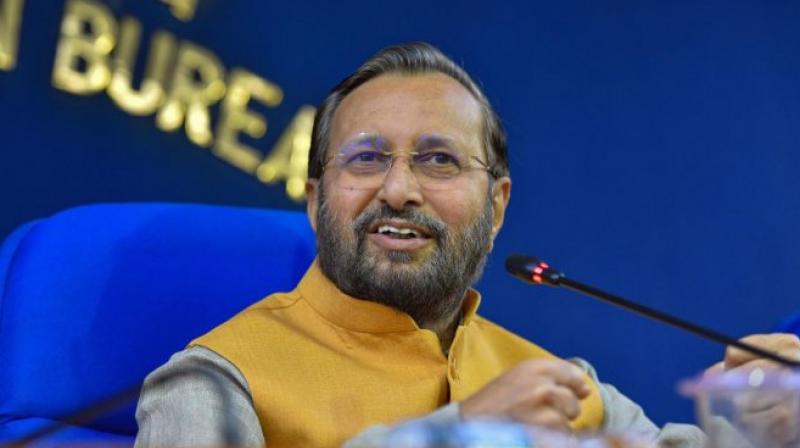 New Delhi: The News Broadcasters Association (NBA) has said it was “shocked” that the decision to ban two Malayalam news channels was taken “without the knowledge” of Information and Broadcasting minister Prakash Javadekar, and demanded an inquiry into how this happened.

In a statement, NBA president Rajat Sharma said it condemned the decision of the Ministry of Information and Broadcasting to impose the 48-hour ban on Asianet News and Media One News, two news channels based in Kerala.

Sharma said the NBA appreciated the concern shown by prime minister Narendra Modi in this matter and the subsequent withdrawal of the ban imposed on the two news channels.

He stated the NBA was “shocked to learn that a decision like this was taken without the knowledge of the Minister for Information & Broadcasting”.

“NBA demands that the Minister should institute an inquiry as to how the order prohibiting the news channels from broadcasting was issued without his approval,” the statement issued late on Saturday said. “NBA would like the inquiry report to be shared with it.”

The NBA is of the view that all complaints relating to broadcast of news should be referred to the News Broadcasting Standards Authority (NBSA) -- the self-regulatory body headed by former Supreme Court Judge (retd) A K Sikri -- in order to avoid recurrence of similar incidents in future, it said.

The Centre had on Saturday revoked a 48-hour ban on the two leading Malayalam news channels, hours after imposing the punitive measure on separate charges of “siding with one community” while covering last month's communal violence in northeast Delhi, and being critical of the police and RSS.

Javadekar had said on Saturday that Modi had expressed concern over the entire issue, adding that the government supported press freedom.
Without going into specifics, the minister had said he would look into the matter and take “essential steps” if any wrongdoing is found.

“But let me also tell you that everybody should accept that there has to be responsible freedom,” he had said.

The channels were suspended for 48 hours beginning 7.30 pm on Friday over their coverage of the violence. The official orders said the channels covered events of February 25 in a manner that “highlighted the attack on places of worship and siding towards a particular community”.