Manifesto described as 'sankalp patra' or document of promises has been weaved on theme of 'Sankalpit Bharat - Shashakt Bharat'. 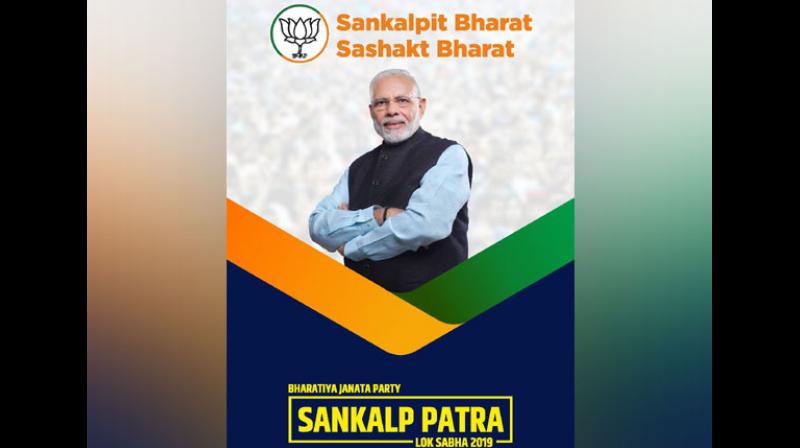 Manifesto described as "sankalp patra" or document of promises has been weaved on the theme of a "Sankalpit Bharat - Shashakt Bharat" or "determined India, empowered India".

Key highlights of the manifesto

- The party is fully committed on nationalism and zero tolerance towards terrorism.

- Strengthen the strike capability of the armed forces by equipping them with modern equipment.