Tejashwi Yadav told reporters that steps would be taken towards stopping migration of people from Bihar, if his party is voted to power. 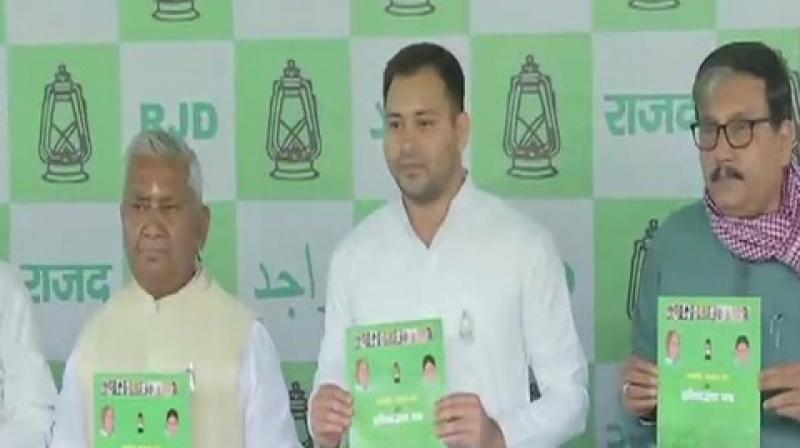 Patna: Rashtriya Janata Dal (RJD) leader Tejashwi Yadav on Monday released the party's poll manifesto which promises reservation to Dalits and backward classes on the basis of their population, besides a job quota in the private sector.

Yadav told reporters that steps would be taken towards stopping migration of people from Bihar, if his party is voted to power.

“We will implement all the remaining suggestions of the Mandal Commission report. We will give reservation to Dalits and the backward classes on the basis of their population. We will also give reservation in promotion,” Yadav said, reading from the manifesto.

He said, “With the support of the central government, we will work towards improving the environment in Bihar so that people here do not have to migrate in big numbers. We will also bring back the 200-point roaster system. We will also ensure quota in the private sector.”

Congress in its manifesto has promised to give Rs 72,000 per year to the 20 per cent of India’s poorest under NYAY if the party comes to power.

Yadav also said that RJD will work towards making the recruitment procedure in police simpler.