Out of total Karnataka candidates, 447 have declared wealth of more than Rs 5cr. 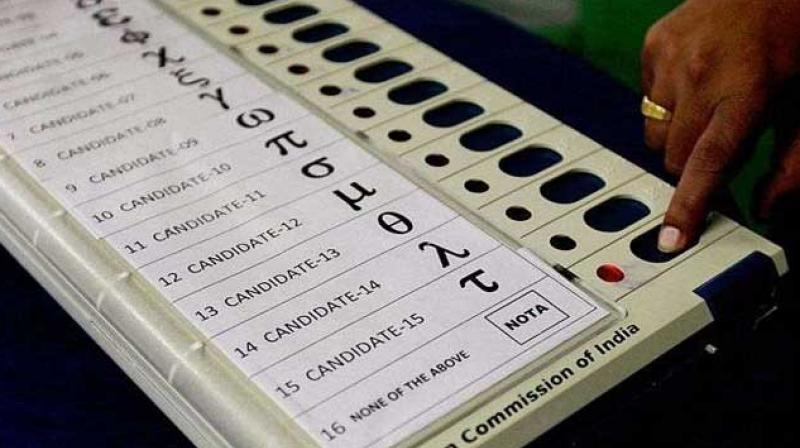 The Aam Aadmi Party (AAP) has fielded a candidate with a criminal case in Gulbarga North. (Photo: PTI)

New Delhi: As the race for Karnataka heats up, the BJP seemed to have beat the Congress in fielding candidates with criminal cases.

“Among major parties, 83 (37 per cent), out of 224 candidates from the BJP, 59 (27 per cent) out of 220 candidates analysed from the INC have declared criminal cases against themselves in their affidavits,” a report by the Association for Democratic Reforms (ADR) stated.

The report was arrived at after analysing the affidavits of 2,560 out of 2,655 candidates contesting the Karnataka Assembly elections. In total, 391 candidates have declared criminal cases.

A total of 23 candidates have declared cases related to crime against women such as assault or criminal force on woman with intent to outrage her modesty, word, gesture or act intended to insult the modesty of a woman and cohabitation caused by man deceitfully, including a belief of lawful marriage. Husband or relative of husband of a woman subjecting her to cruelty.

The election watchdog has branded 56 of the total 224 constituencies as “Red Alert constituencies”, meaning seats where 3 or more contesting candidates have declared criminal cases.

The “Red Alert” in fact lists Kolar district of the state at the top. The BJP, Congress and JD(S) have all have fielded candidates with criminal cases in Kolar, Ramanagaram and so on.

The Aam Aadmi Party (AAP) has fielded a candidate with a criminal case in Gulbarga North.

Karnataka goes to polls on May 12 and counting will be held on May 15. The BJP and Congress are up for a tough fight against each other in a tri-cornered contest which includes the Janata Dal (Secular) as well.