'Chowkidar chor hai', I say it with proof: Rahul Gandhi

Gandhi also made it clear that the scheme will not harm the middle class or small businessmen. 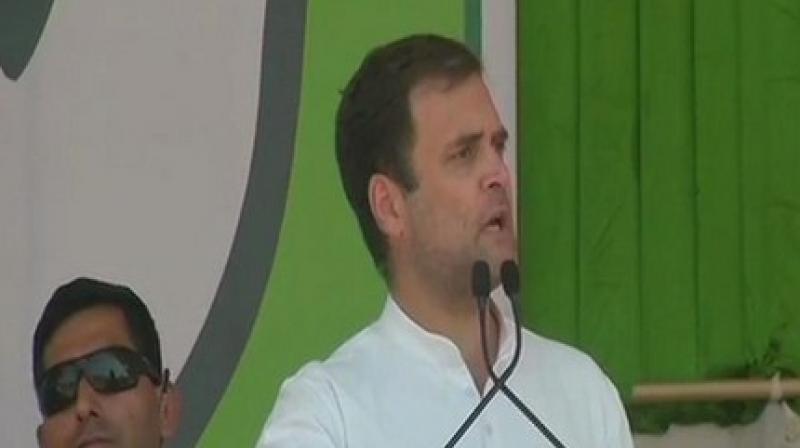 Bhind: Congress President Rahul Gandhi on Wednesday claimed that the 'chowkhidar chor hai' jibe for Prime Minister Narendra Modi was based on proof.

"You (Narendra Modi) only said that you want to be a chowkidar. You also said that you have a 56-inch chest and will fight corruption. When I say chowkidar chor hai, I say it with proof," he said addressing a public meeting here.

Talking about Congress' ambitious project NYAY scheme, "Our NYAY scheme will improve the situation of 25 crore people. Factories will start, there will be jobs. The economy will be jump-started by this scheme. With this NYAY scheme, the loss suffered due to GST will get over."

Gandhi also made it clear that the scheme will not harm the middle class or small businessmen.