A woman was allegedly gang-raped and thrashed while her husband was beaten up by a group of five men in Alwar on April 30. 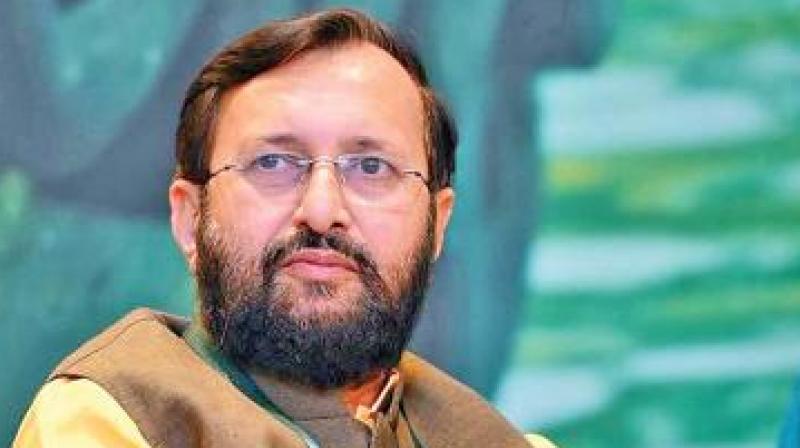 'A Dalit woman was gang-raped in Alwar district of Rajasthan. This incident was hidden by the Congress party. It was a shameful act on behalf of the grand old party. CM Gehlot must resign by owning up the responsibility for this heinous crime,' Javdekar said. (Photo: File)

New Delhi: Union Minister Prakash Javadekar on Wednesday demanded the resignation of Rajasthan Chief Minister Ashok Gehlot over the alleged gang rape of a Dalit woman in Alwar last month. He also sought a CBI probe into the case.

Talking to ANI, Javadekar said: "A Dalit woman was gang-raped in Alwar district of Rajasthan. This incident was hidden by the Congress party. It was a shameful act on behalf of the grand old party. Chief Minister Gehlot must resign by owning up the responsibility for this heinous crime."

"After the incident, the couple went to the police on May 2 but they did not register an FIR as they were instructed not to do so due to the Lok Sabha election on May 6. It exposes Congress' stand on Dalits. Chief Minister Gehlot should not only resign but also hand over the case to the CBI," he said.

Javadekar said: "The attempts were made by the state government to hide the victimised couple. The accused have filmed the shameful act and have also asked for money. They have also made the act of crime viral."

A woman was allegedly gang-raped and thrashed while her husband was beaten up by a group of five men in Alwar on April 30.

Chief Minister Gehlot has asked DGP Kapil Garg to monitor the probe into the heinous crime. Police have arrested one person so far. As many as 14 teams have been constituted to nab other absconding culprits.

"What I know is that Rajiv Gandhi came to power with a clean image. But his minister VP Singh protested and exposed the Bofors scam that led to his electoral fall," said Javadekar.

"Rajiv Gandhi did vote bank politics and minoritism in Shah Bano case. He supported anti-Sikh riots in which 3,000 Sikhs were killed," he said, while referring to Gandhi's statement that "when a big tree falls, the earth shakes."

The Union HRD Minister said: "What Gandhi did during his tenure is known to all. Therefore, Prime Minister Modi has made a correct remark on Gandhi and Sam Pitroda should answer to that."

Asked to comment on Chhattisgarh Chief Minister Bhupesh Singh Baghel's comment that Prime Minister Modi has lost his mental balance, Javadekar said: "It is the Congress party, which has lost its patience and control."

IOC chief Pitroda on Wednesday had slammed BJP for unnecessarily bringing into picture Rajiv Gandhi after 28 years of his death.

"Prime Minister Modi-led BJP government has unnecessarily brought in Rajiv Gandhi into the picture after 28 years of his death. People like me, who have worked with Rajiv Gandhi, are very upset," Pitroda told media persons in Amritsar in Punjab.