Comparing the rule under the present governement to British Raj, Mamata likened her protest to that of Mahatma Gandhi. 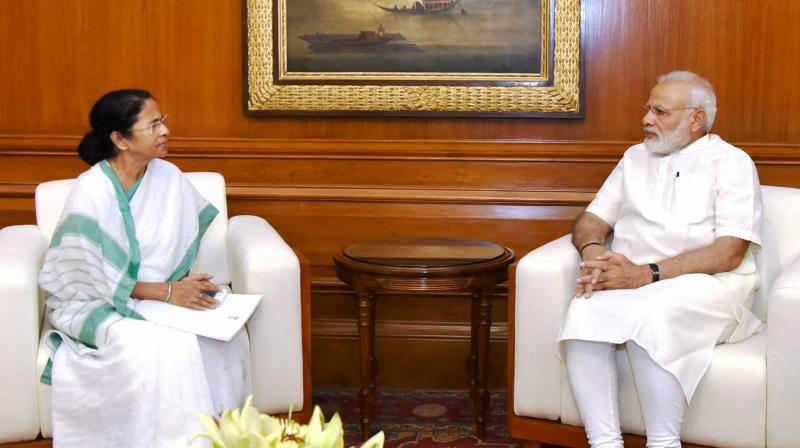 Banerjee’s recent comment that she would like to give the PM “a tight slap to democracy” was censured. (Photo: File)

Kolkata: Raising her attack on the Prime Minister Narendra Modi, West Bengal Chief Minister Mamata Banerjee called the central government under the PM “fascist” which has bullied the people.

Comparing the rule under the present dispensation to that of the British Raj, Banerjee likened her protest to that of Mahatma Gandhi as reported by the NDTV.

“Someone has to bell the cat. In 1942, Quit India mvement was launched against the British, now we are fighting to oust a fascist Modi from power,” the Trinamool Congress President said.

She was addressing a rally in Debra, Midnapore. “There is an emergency-like situation in the country. Nobody can speak out in public as people are scared of him,” she said.

Banerjee’s recent comment that she would like to give the PM “a tight slap to democracy” was censured.

The counter was equally harsh with the PM calling “Bengal’s triple T – Trinamool, Tolabaazi and Tax.” Tolabaazi is called extortion in Bengali. This didn’t go down well with Banerjee.

The BJP’s present tally in West Bengal stands at two. The state sends 42 MPs to the parliament. The BJP is contesting on 23 seats in West Bengal.