Gandhi said Modi can't face the truth that he has failed to deliver on his promises. 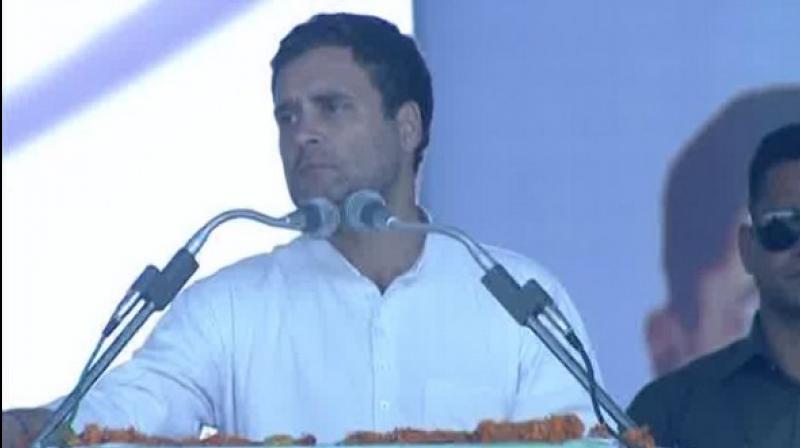 Demonetisation was widely used to convert the black money into white by the most corrupt people in the country, Gandhi said. (Photo: ANI)

Morena: Stepping up his attack on Prime Minister Narendra Modi, Congress chief Rahul Gandhi Wednesday said he won't become the PM again as people have lost faith in him.

If a farmer turns out to be defaulter, the lenders ensure he ends up in jail. Once the Congress government comes to power, we will frame laws to ensure that farmers won't be jailed for defaulting on loan repayments," he said.

Gandhi accused Modi of "never speaking" to the common man, the poor and women in the country. "Modi went abroad and met several industrialists and was also seen greeting and hugging people, but I will never ever hug Anil Ambani. I will stay with the poor people of this country," Gandhi said.