Priyanka Gandhi will also hold another roadshow in South Delhi later in the evening. 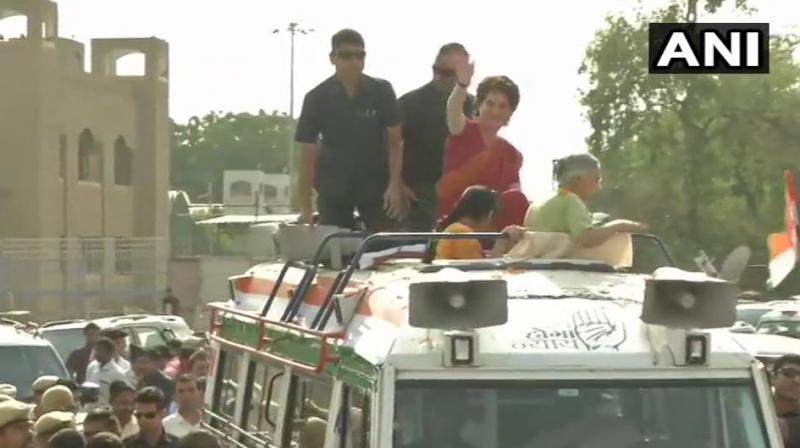 People jostled with each other to catch a glimpse of Priyanka Gandhi. (Photo: Ani Twitter)

Perched atop a minibus that started from Seelampur, a minority dominated area, Priyanka Gandhi and Dikshit waved at the ebullient hordes of supporters who were raising slogans "Desh me aandhi Priyanka Gandhi". The Congress banners adorned the road.

People jostled with each other to catch a glimpse of Priyanka Gandhi. Some were also showering rose petals on her as the minibus passed by. "Sanitation is the main issue here.

Manoj Tiwari (the BJP MP who is seeking a reelection from the seat) was never seen here. (Chief Minister) Arvind Kejriwal cannot run the government," said Zubair Ahmed, a resident of Seelampur. Priyanka Gandhi will also hold another roadshow in South Delhi later in the evening.