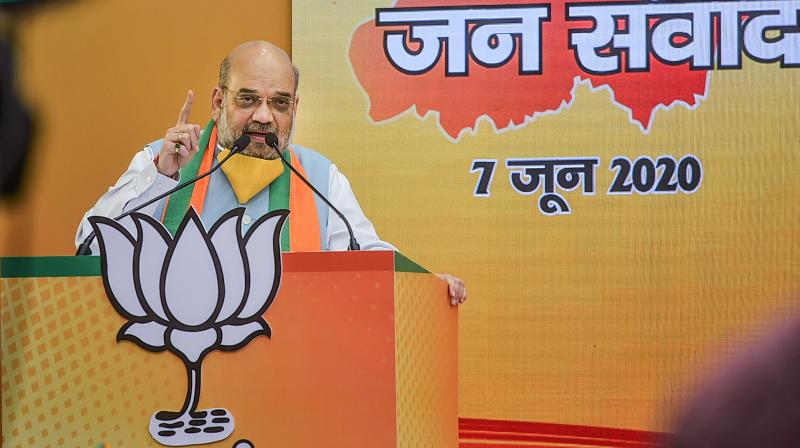 Union home minister Amit Shah on Sunday kickstarted the NDA’s campaign for the Bihar Assembly elections due in October-November this year with his first "virtual rally", christened as "Bihar Jan Samvad", where he exuded confidence that the NDA would return to power in the state with a two-thirds majority under Nitish Kumar’s leadership.

"We are confident the NDA will form the government in Bihar with a two-thirds
majority, but this is not the time to do politics," he added.

The NDA in Bihar now has a strength of 131 MLAs, which includes five Independents, in the Assembly. The JD(U), with 70 seats, is the largest party, followed by the BJP, with 54 seats. The LJP, which is also an ally of the NDA in Bihar, has two seats.

Mr Shah also criticised the Opposition parties, especially the RJD, which had
protested against the event by banging utensils on Sunday.

Mr Shah said: "Some people are seeing politics in this virtual rally. Let me assure
you this rally has nothing to do with the Assembly elections. They banged utensils to welcome me because they can’t think or do anything beyond politics."
This was Mr Shah’s first virtual rally amid the Covid-19 crisis.