Meanwhile, the BJP and the Congress have stayed from consultation organised by the Law Commission on the subject. 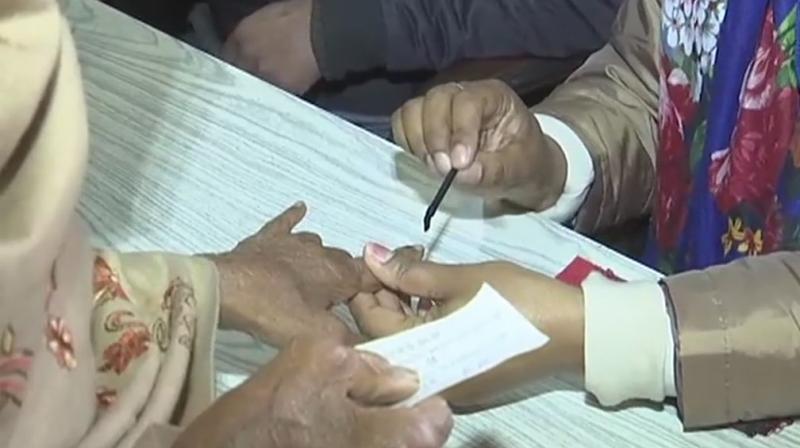 In April, the Law Commission had stated that simultaneous polls to the Lok Sabha and state assemblies could be held in 2 phases from 2019, provided that at least two provisions of the Constitution are amended and ratified by a majority of the states. (Photo: File)

New Delhi: Many political parties, including the DMK, Trinamool Congress, Aam Aadmi Party, have opposed conducting of simultaneous polls while many others like the Samajwadi Party and TRS have extended their support but with words of caution. They have said that it would be a difficult task to hold simultaneous polls in the year 2019 as there is a need to address some serious issues first.

Meanwhile, the ruling BJP and the main opposition Congress have stayed from the consultation organised by the Law Commission on the subject.

Kickstarted on Saturday, the Law Commission of India is holding a two-day meeting with leading political parties to discuss the prospects of holding simultaneous elections in the nation. Many parties including the BJP and Congress have not attended the consultation meeting so far.

"Samajwadi Party is in favour of simultaneous elections, but they should begin from 2019. In case public representatives switch sides or indulge in horse trading, action should be taken against them by the L-G within a week," SP leader Ram Gopal Yadav said.

Chandrashekar Rao has also shown strong support to the same.

In a letter to the Law Commission of India, Rao said, "TRS is strongly in favour of holding simultaneous elections to the Lok Sabha and the State Legislative Assemblies."

"Telangana Rashtra Samithi party and KCR (as Rao is popularly known as) are of the opinion that polls at once would help the development of states and the country,” TRS MP from Karimnagar B Vinod Kumar told the media in New Delhi.

However, the DMK in Tamil Nadu firmly opposed the idea of simultaneous polls to the Lok Sabha and state Legislature, terming the Law Commission's proposal "a complete misadventure that will decimate the federal structure."

M K Stalin, the working president of the party, in his letter to the commission, said: "DMK is of the firm opinion that the proposed call for simultaneous elections to Lok Sabha and State Legislatures goes against the basic tenets of our Constitution."

Ashish Khetan, senior leader of the party, said AAP will submit a detailed paper to the commission outlining the party's position on the matter.

In April, the Law Commission had stated that simultaneous elections to the Lok Sabha and state assemblies could be held in two phases from 2019, provided that at least two provisions of the Constitution are amended and ratified by a majority of the states.

However, Trinamool Congress, All India Majlis-e-Ittehad-ul Muslimeen (AIMIM), All India United Democratic Front (AIUDF) and Goa Forward Party are some of those which have reportedly opposed the proposal.