Row over Chandra Shekhar in BJP

As party marks ex-PM’s anniversary, leaders say he was anti-BJP. 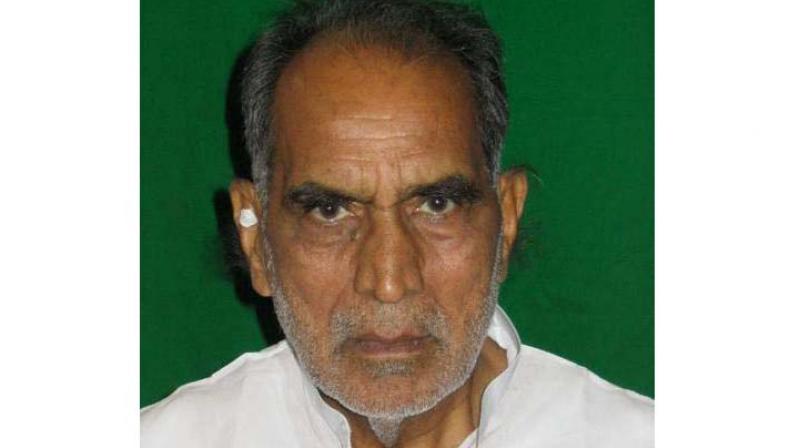 Lucknow: Anger is brewing in the UP BJP over a function on the death anniversary of former Prime Minister Chandra Shekhar, being held here on Sunday (today).

The function is being organised by BJP MLC Yeshwant Singh who had quit the Samajwadi Party last year to join the BJP. Yeshwant Singh heads the Chandra Shekhar trust and is known as an acolyte of the former socialist leader.

Hoardings of the function with photographs of the former Prime Minister, chief minister Yogi Adityanath and Yeshwant Singh have been put up all overt the state capital.

Chief minister Yogi Adityanath is the chief guest at the function where a compilation of late Chandra Shekhar’s speeches in Parliament will be released.

“Late Chandra Shekhar is not a party ideologue and was always critical of BJP and its policies. Yeshwant Singh may have been his associate but since he is now in BJP, he cannot eulogise someone who criticised the party”, said a BJP functionary.

Interestingly, sources said that the book to be released by the chief minister also contains passages in which Mr Chandra Shekhar has been critical of the BJP.

“Apparently, the chief minister has not been shown the book prior to its release or has not gone through it. If he had known about the contents, he would not have agreed to release it”, the functionary said.

The first part of the same book had been released by Yogi Adityanath in April last year and it was said that the chief minister attended the function to win over Thakurs. Within three months of the function, two Thakur leaders Yeshwant Singh and Jaiveer Singh had quit SP and BSP respectively to join the BJP.

A senior BJP MLC, meanwhile, said that they would apprise the party leadership about the function.

“If a Congress leader joins BJP and then celebrates the Nehru-Gandhi family, will we have a moral right to stop them? If Yeshwant Singh is in the BJP, he should learn to follow the party discipline. We all respect late Chandra Shekhar but personal likes should not be mixed with politics”, the MLC said.