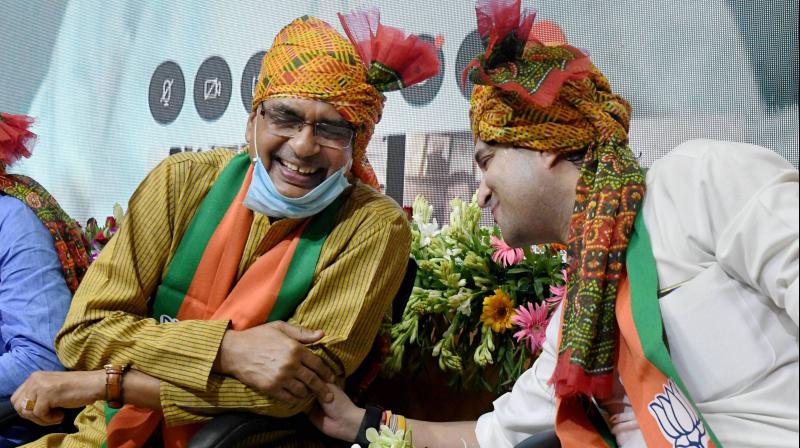 Twenty eight ministers in the Shivraj Singh Chouhan government were yet to be allocated departments, even five days after they were inducted in the state ministry on July two, thanks to the tussle between the chief minister and senior BJP leader Jyotiraditya Scindia over distribution of key portfolios among their loyalists in the Madhya Pradesh cabinet.

Chief minister Shivraj Singh Chouhan has so far failed to break the ice with Mr Scindia on the issue, forcing him to further delay in distribution of portfolios among his new ministers.

“I need to work out more on it (portfolio distribution). It may take a day or two (to complete the exercise of allocation of departments to new ministers)”, Mr Chouhan who returned here from Delhi on Tuesday told reporters.

Mr Chouhan had held discussions with the BJP national president J P Nadda and Mr Scindia separately during his two-day-visit to Delhi to iron out differences between him and Mr Scindia over allocation of some key portfolios among their respective loyalists in the state ministry, a senior BJP leader in know of the things told this newspaper on Tuesday.

“There should be good coordination between government and the party”, state BJP president Vishnu Dutta Sharma said while justifying the ongoing parleys between the chief minister and BJP leaders on portfolio distribution among the ministers.