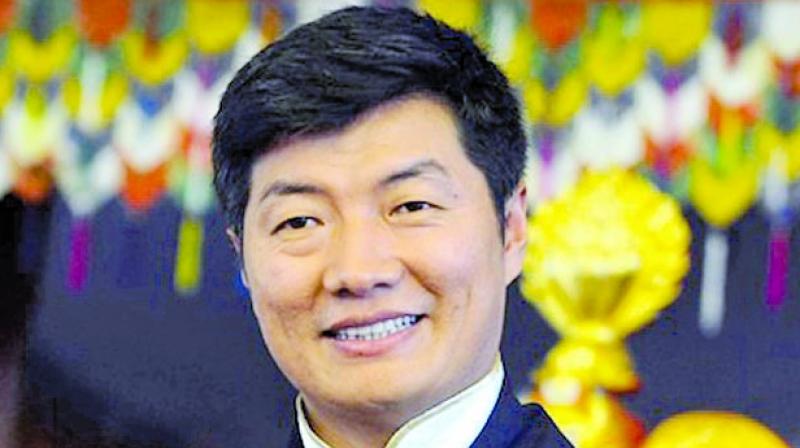 Vadodra: Echoing the stance maintained by the UAE, Sri Lanka and the Maldives, President of the Tibetan government-in-Exile Lobsang Sangay said on Thursday that the Centre's decision to abrogate Article 370 that provided special status to Jammu and Kashmir is India's "internal matter."

Responding to a question on China's opposition to the Centre's move on Kashmir, Sangay said, "We do not comment on the internal matters of India. This is the Indian government's decision."

Lobsang Sangay appealed the Indian government to consider the autonomy for the Tibetan region as one of its core issues, considering the geopolitical, historical, and environmental significance of the region.

"China says that Tibet is one of their core issues. The Indian government should also say the same because geopolitically, Tibet is very important," he said. "2500-3000 long border which was between Tibet and India is now bordered between India and China. The Indian government spends billions of dollars, unlike in the past. This money could have been spent on education," he said.

Lobsang Sangay, who was speaking to media in Vadodra, expressed hope that just how India prevailed against the British under Mahatma Gandhi's leadership and principles of non-violence, so would the Tibetan government under the leadership of spiritual leader Dalai Lama.