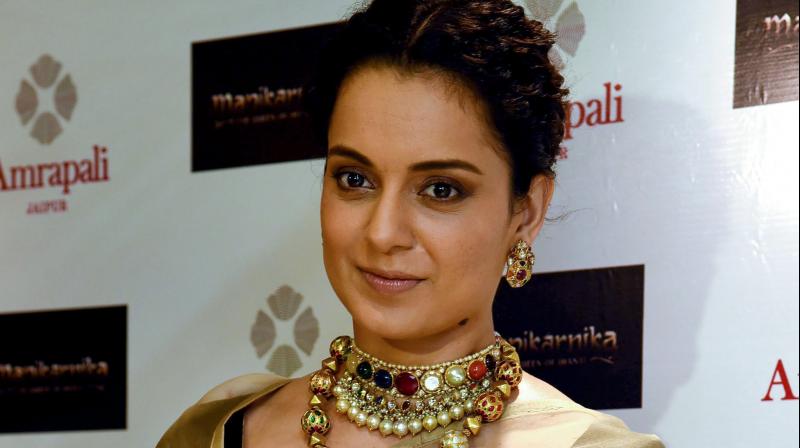 Shiv Sena MLA Pratap Sarnaik has demanded a unanimous resolution in the State Legislative Assembly for a legal action against the actress saying she has maligned the image of Maharashtra and Mumbai.

“It is surprising and sad that those who insult Mumbai and Maharashtra are being given ‘Y’ level security by the Centre. Maharashtra is not only of the NCP, Shiv Sena or Congress but of the BJP and the public too. People of all parties should condemn it, if one insults Maharashtra,” said Deshmukh.

Following a spat with the Shiv Sena leaders, Kangana has been granted Y-plus category security by the home ministry ahead of her visit to Mumbai on September 9.

Sena MP Sanjay Raut had asked the actress not to return to Mumbai after she had criticised Mumbai police saying Mumbai feels like Pakistan occupied Kashmir (PoK) to her.

Vijay Wadettiwar, relief and rehabilitation minister, termed the Centre’s decision as politically motivated. “By giving security to Kangana, the Centre and the BJP have endorsed her comments against Mumbai police and Maharashtra. This is betrayal of the people of the state,” he said.

Chief Minister Uddhav Thackeray, without taking names, took a jibe at the actress saying some people do not have gratitude towards the city where they live and earn fame and livelihood. Paying a tribute to Anil Rathod, a former Shiv Sena MLA and minister who died recently, the CM said, “Anil bhaiyya came from Rajasthan and made Maharashtra his home. But some people don’t have that gratitude.”

Meanwhile, Sarnaik said that he has submitted a letter to deputy speaker Narhari Zhirwal demanding action against Kangana. Zhirwal has directed the state home minister to take necessary action within 24 hours and submit a report, he said.

Samajwadi Party MLA Abu Asim Azmi has also condemned Kangana saying those who earn their livelihood in Maharashtra, but speak ill about the state, have no right to live here. “Such people should not be given any security as they do not have trust in the police and government here,” he said.