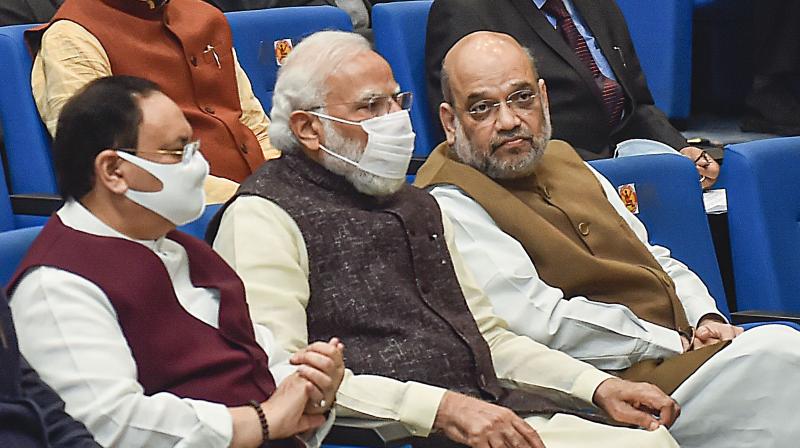 New Delhi: Prime Minister Narendra Modi pressed BJP MPs again on Tuesday for regular attendance in Parliament saying even kids would not like repeated prodding, and said they must bring change in themselves, otherwise changes do come about, sources said.

The prime minister made the remarks at the BJP parliamentary party meeting at the Ambedkar International Centre here, the sources told PTI.

Sharing details of the meeting, which was for the first time held outside the Parliament Complex, Parliamentary Affairs Minister Pralhad Joshi said the prime minister told party MPs that all of them should organise sports competitions in their respective constituencies.

According to the sources, the issue of attendance came up several times during the meeting which was attended by the BJP top brass.

The prime minister categorically told the party MPs they should regularly attend Parliament proceedings and remarked that even kids do not like to be pointed out on an issue again and again.

The poor attendance of BJP MPs in Parliament had been flagged by Modi several times in the past.

At the meeting, BJP president J P Nadda asked party MPs to call district presidents and presidents of mandals from their respective constituencies for tea and interact with them.

Accordingly, the prime minister will call district presidents from his constituency Varanasi on December 14.

A book compiling the work done by various ministers on the Azadi Ka Amrit Mahotsav was distributed among BJP MPs.

The Winter Session of Parliament started on November 29 and is scheduled to conclude on December 23.

Proceedings of the session have been disrupted several times in the past few days, especially over the suspension of 12 opposition members of the Rajya Sabha.