Banerjee, who is Mamata's nephew, alleged that the Home Minister was spreading a 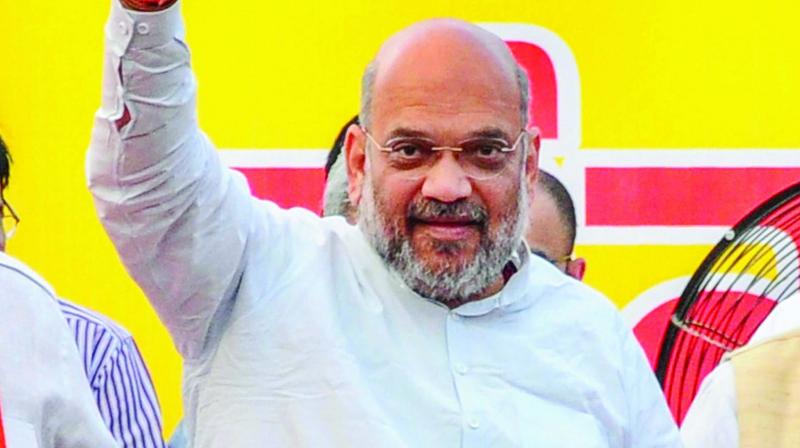 New Delhi: In what could be the begining of yet another showdown between the BJP-led Centre and the Mamata Banerjee-led West Bengal government, Union Home Minister Amit Shah has written a letter to the West Bengal Chief Minister, criticising her government for not allowing trains with migrant workers to reach the state.

In a letter to her, Shah said not allowing trains to reach West Bengal is "injustice" to the migrant workers from the state.

Referring to the 'Shramik Special', the trains being run by the central government to facilitate transport of migrant workers from different parts of the country to various destinations, the Home Minister wrote: "But we are not getting expected support from the West Bengal. The state government of West Bengal is not allowing the trains reaching to West Bengal. This is injustice with West Bengal migrant labourers. This will create further hardship for them."

However, Shah's letter caused a lot of heartburn among Trinamul supporters, with senior leader Abhishek Banerjee challenging the Home Minister to prove his allegations or apologise.

Banerjee, who is Mamata's nephew, alleged that the Home Minister was spreading a "bundle of lies" after staying silent for weeks.

"A HM failing to discharge his duties during this crisis speaks after weeks of silence, only to mislead people with bundle of lies! Ironically he's talking about the very ppl whove been literally left to fate by his own Govt. Mr @AmitShah, prove your fake allegations or apologise (sic)," he tweeted.