India   Politics  09 May 2020  Other states unwilling to take back migrants stranded in Maharashtra: Thorat
India, Politics

Other states unwilling to take back migrants stranded in Maharashtra: Thorat

There were nearly 10 lakh migrants in Maharashtra who wished to return to their home states. 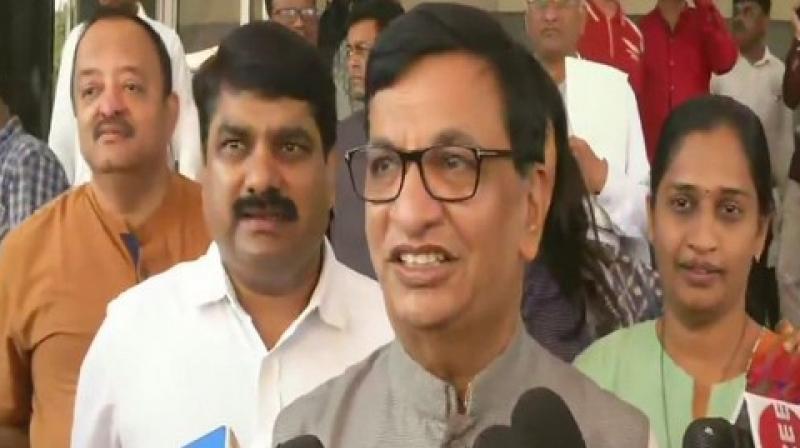 Mumbai: Maharashtra Revenue Minister Balasaheb Thorat on Saturday expressed concern over the stand taken by several states to not take in migrant workers who were stranded in Maharashtra due to the COVID-19 lockdown.

In a statement, Thorat, who is also the state Congress president, alleged that arbitrary decisions taken by many states regarding migrant workers had worsened the situation.

The Maharashtra government was making every possible attempt to send stranded migrants back to their hometowns, but several states were not willing to take in their own citizens, the minister claimed.

Thorat demanded that the Centre intervene in the matter and give clear guidelines to all states before the situation worsens.

There were nearly 10 lakh migrants in Maharashtra who wished to return to their home states and so far, 32 trains had been operated from the state, he said.

Thorat further claimed that there were several workers from West Bengal and Odisha who wanted to return to their hometowns, but these states were unwilling to take them back.

The Odisha government had decided to accept only those who had tested negative for COVID-19, while the process laid out by the Tamil Nadu government to take back their workers was complicated and time consuming, he said.

The Bihar government, who was cooperating until a few days ago, has now stopped entry to migrants, despite the fact that the Congress was willing to bear travel expenses of these workers, the minister alleged.