“If they refuse to issue statements against Scindia, then expel them from the party”, the directive by Nath said. 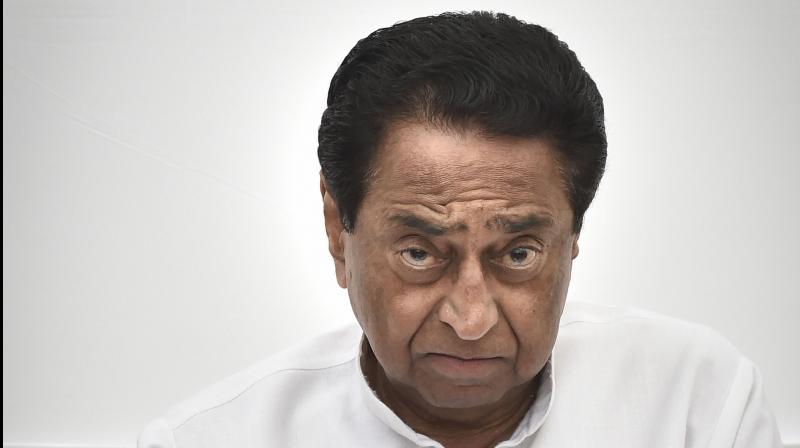 Bhopal: Madhya Pradesh Congress chief Kamal Nath has launched a move to ‘completely’ free his party of former party colleague Jyotiraditya Scindia's influence by identifying his supporters in Congress and then showing them the door.

The former Union minister Scindia joined BJP in March this year after his alleged sidelining within the state unit.

Nath has ordered all the district Congress Committee (DCC) presidents in MP to complete the exercise before the upcoming by-elections in the 24 Assembly constituencies, scheduled to be held in coming months, a senior Congress leader disclosed to this newspaper on Wednesday requesting not to be quoted.

“The move to free Congress of any kind of influence of Scindia particularly in Gwalior-Chambal region, considered his stronghold, has been launched around three months ago after Scindia, along with 22 former Congress MLAs, quit the party, leading to fall of the Congress government. However, it could hardly make any headway since his sympathizers appeared hesitant to come out openly in his support”, he added.

In a fresh directive to the local district Congress presidents in Gwalior-Chambal region, Nath has asked them to prod the Congress workers, believed to be Scindia’s sympathizers, to issue statements against Scindia.

“If they refuse to issue statements against Scindia, then expel them from the party”, the directive by Nath said.

“We have not been able to identify the Congress workers owning allegiance to Scindia since none of them are now coming out in the open to support him. We are waiting for BJP to hold party programmes in Gwalior-Chambal region to see if any Congress workers are attending them to identify them”, a DCC president in the region told this newspaper unwilling to be quoted.

“There is literally no Congress left particularly in the Gwalior-Chambal region following Scindia’s exit from the grand old party. Eighty percent of Congress workers in the region have joined BJP along with Scindia”, BJP leader Pankaj Chaturvedy, considered a close confidant of Scindia, told this newspaper.

He added that Congress is facing a crisis in choosing candidates for the Assembly constituencies in the Gwalior- Chambal region that are going for by-elections.