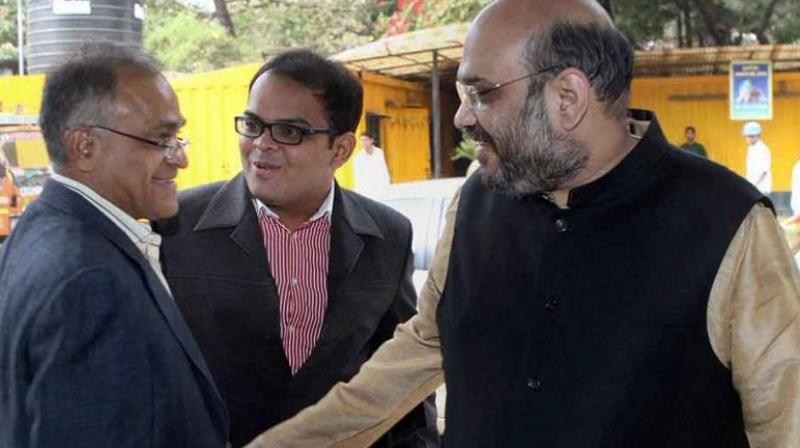 Ahmedabad: BJP chief Amit Shah’s son Jay, on Monday filed a criminal defamation case in a metropolitan court in Ahmedabad against news portal ‘The Wire’ over a report on latter's firms.

Jay Shah has rejected the allegations made by the news portal, insisting the story was “false, derogatory and defamatory“.

In his application, Shah prayed for, “criminal action against the respondents for defaming and tarnishing the reputation of the complainant through an article, which is scandalous, frivolous, misleading, derogatory, libelous and consisting of several defamatory statements.”

The seven respondents in the case are the author of the article Rohini Singh, founding editors of the news portal Siddarth Varadarajan, Sidharth Bhatia and M K Venu, managing editor Monobina Gupta, public editor Pamela Philipose and the Foundation for Independent Journalism, the non-profit company that publishes ‘The Wire’.

The case has been filed under IPC sections 500 (defamation), 109 (abetment), 39 (voluntarily cause grievous hurt) and 120 B (criminal conspiracy).

The court was of the opinion that it will issue summonses to the respondents only after the initial inquiry establishes a case.

The next hearing for a court inquiry will be on October 11 when two witnesses from Jay Shah’s side who had first informed him about the publication of the article are likely to depose.

A political storm has erupted after the article titled ’Golden touch of Jay Amit shah’ was published. The Congress has demanded an inquiry into the matter, while the BJP called the article defamatory.

Goyal insisted that the purpose of the story was to defame the BJP and its government by making derogatory and defamatory imputations.

Asked about the Congress’ attack on the BJP over the claim that the government was in the know of the entire episode as the ASG was given permission even before the story appeared, Goyal said they were aware of the matter as the news portal had sent Jay a questionnaire.

“We believe that he (Jay) has been wronged and he must get justice. There is no harm if the best of lawyers appear for him. An ASG can appear in a matter between two private parties after taking permission,” he said.