India   Politics  09 Oct 2019  Won't leave party, not like people who quit when chips are down: Cong's Khurshid
India, Politics

Won't leave party, not like people who quit when chips are down: Cong's Khurshid

This comes after controversy over his comments wherein he reportedly termed Rahul's resignation party president 'walking away' post defeat. 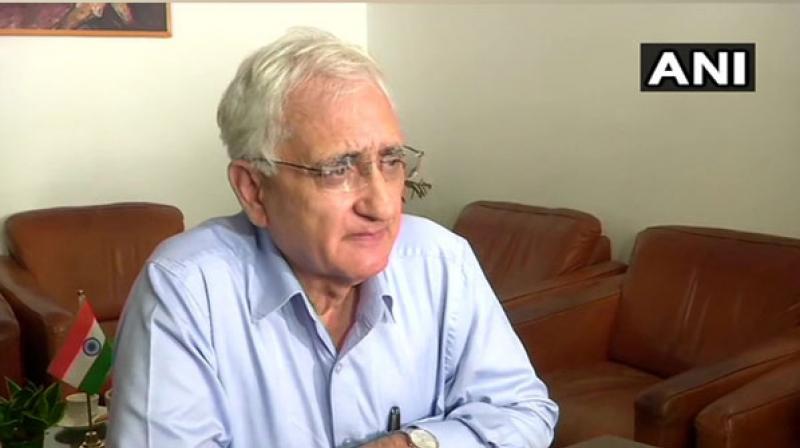 New Delhi: Congress leader Salman Khurshid on Wednesday said some people in the party are true "Congressi" and that they won't leave the party whatsoever.

"No matter what happens we won't leave the party. We aren't like those who got everything from the party and when the chips were down, things were difficult they left the party and walked away," he added.

Khurshid's remarks came after a controversy over his comments broke out wherein he reportedly termed Rahul Gandhi's resignation from the post of party president "walking away" following defeat.