Bodoland Territorial Council polls to be held in December

The polls, scheduled for April 4, was postponed indefinitely in view of the COVID-19 pandemic. 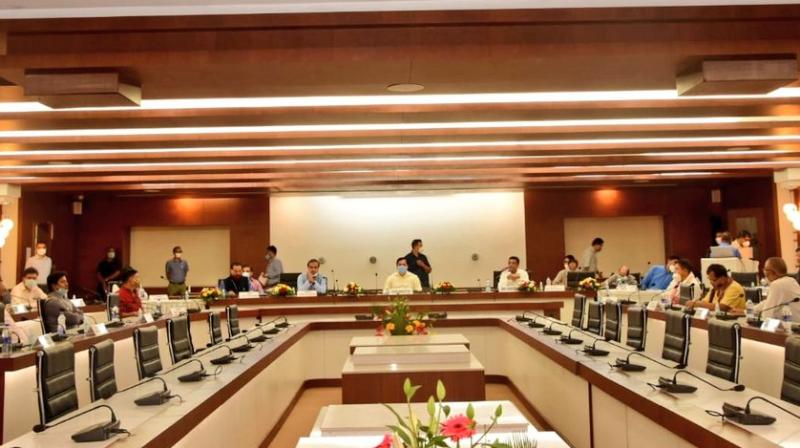 Guwahati: A day after holding an all-party meeting, Assam chief minister Sarbananda Sonowal's Cabinet has approved the holding of the deferred Bodoland Territorial Council elections in December this year. The polls, scheduled for April 4, was postponed indefinitely in view of the COVID-19 pandemic.

The decision came a day after Sonowal chaired an all-party meeting at Assam Administrative Staff College to review the prevailing scenario at Bodoland Territorial Region (BTR), where the council election has been long due after it was put on hold following the pandemic situation.

The elections to the 40-member autonomous council covering four districts of Kokrajhar, Chirang, Baksa and Udalguri, which collectively is known as Bodoland Territorial Region (BTR) under 6th Schedule of the Constitution, was scheduled to take place in April.

“The Cabinet also passed resolution that Bodo will be the associate official language for the state of Assam and decided to form -- Bodo Kachari Autonomous Welfare Council outside 6th schedule area for welfare of Bodo community,” health minister Himanta Biswa Sarma said.

These two decisions are part of the Bodoland Territorial Region (BTR) accord that the Centre and the state signed with All Bodo Students’ Union and four factions of NDFB last year.

Earlier, before the Cabinet decision, Sonowal stressed the need of taking forward the democratic system by all the stakeholders.

He called upon all the political parties to work with the ‘Team Assam’ spirit cutting across political affiliations. Sonowal had assured the delegates of all party meeting that his government has taken note of their views and interest of the people of BTR would be given priority.

Sonowal stated that the importance would be given to take forward the democratic process while observing all necessary health protocols and both the government and opposition must be united to serve the interest of the people.