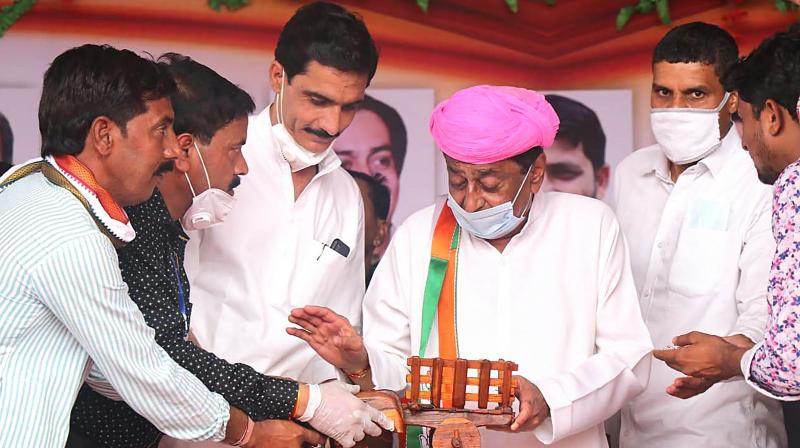 Former chief minister Kamal Nath on Thursday vowed to dump the 3 farm bills passed in the parliament recently if Congress returned to power in the November 3 by-elections in 28 assembly seats in the state.

In a statement issued here, Mr Nath who resigned from post of chief minister in March this year after ruling Congress lost majority in the house following resignation of 22 party MLAs, said, “I will rescind the decision to implement the 3 controversial farm bills in the state if I return to power in the state in the November 3 assembly by-polls. This will be my first move after I assume office”.

Mr Nath described the 3 bills as ‘anti-farmer’ and alleged the bills were moved in the parliament to benefit the big business houses and corporate.

The bills were passed in the parliament undemocratically; he said adding that the Centre has hurt the federal structure of the country by infringing upon the rights of the states.

Mr Nath feared that the farmers would be left at the mercy of big business houses when the bills came into force in the states.