In the Rajya Sabha also, AIADMK members rushed into the Well during Zero Hour while raising the issue. 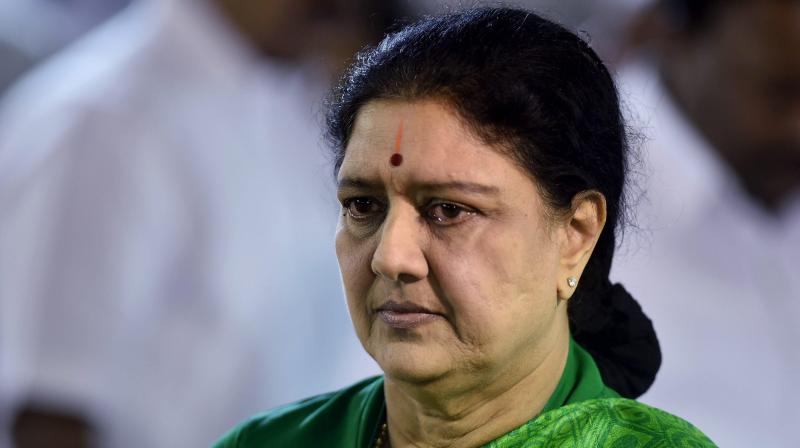 New Delhi: The ongoing power struggle in Tamil Nadu reflected in the Lok Sabha too on Thursday as AIADMK members disrupted proceedings by raising slogans apparently supporting V.K. Sasikala as the next chief minister. As soon as the House took up Question Hour at 11 am, majority of AIADMK members present in the House rushed to Well shouting slogans such as “Save our democracy”.

Earlier, AIADMK leader in the House P. Venugopal wanted to raise an issue, but was disallowed by Speaker Sumitra Mahajan.

While most members were in the Well, some were seen standing near their seats. Deputy speaker M. Thambidurai, who was also present, was seen handing over slips to party members standing in the Well.

The Speaker asked them to raise the issue during Zero Hour and later adjourned the proceedings for nearly 20 minutes till 11.30 pm.

Later before the start of the Zero Hour, the Speaker rejected the notice for adjournment moved by Mr Venugopal, saying it is regarding the governor who is a constitutional authority and the matter cannot be raised in the House. After the House was adjourned, some Opposition members said AIADMK members were “protesting” the alleged delay on part of the governor to swear in V.K. Sasikala as the next chief minister.

In the Rajya Sabha also, AIADMK members rushed into the Well during Zero Hour while raising the issue.