Prime Minister Modi also assured the people that his government is not against the poor. 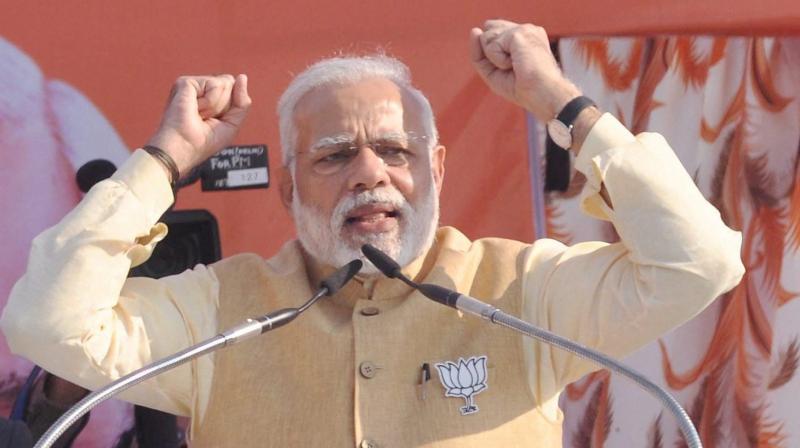 Haridwar: Prime Minister Narendra Modi, who is under fire by the grand old party for attacking his predecessor Dr. Manmohan Singh, warned the Congress on Friday to not test him, asserting that crossing of limits will result in him exposing the UPA Government's "corrupt" history.

Seeking complete restoration of 'Devbhoomi' Uttarakhand, Prime Minister Modi attacked the Harish Rawat-led Congress Government in the state by saying that the spiritual land doesn't deserve a corrupt government which it has witnessed in past years.

"There is something very spiritual about Uttarakhand. This is a Dev Bhoomi. But, does this land deserve a corrupt Government? The corruption of the Government in Uttarakhand is well known and even then the party leadership is not bothered about it," Prime Minister Modi said addressing an election rally here.

Prime Minister Modi also assured the people that his government is not against the poor, but is fighting against the people who plundered the poor while remaining in power.

He even accentuated towards the incident of 2013, when a natural disaster struck the state leading huge loss of life and property and said that, "When disaster struck Kedranath in Uttarakhand, the Congress leaders were on foreign visit, the country cannot forget this. I don't want to cross my limits, but if the Opposition keeps on making irrelevant remarks then their corrupt history will not be concealed for a longer time."

While applauding the Indian Armed Force for successfully carrying out the surgical strike along the line of Control (LoC), the Prime Minister condemned the Opposition for playing politics over it.

"When the earthquake came a few days ago, the Prime Minsiter Office (PMO) was closely monitoring the situation. Teams were immediately dispatched to the state. My aim is to provide house to poor, employment opportunity to the youth, proper irrigation facility to the farmers, I only take those decision which are in favour of this country," he said.