O Panneerselvam says he agreed to be CM in the interest of party. 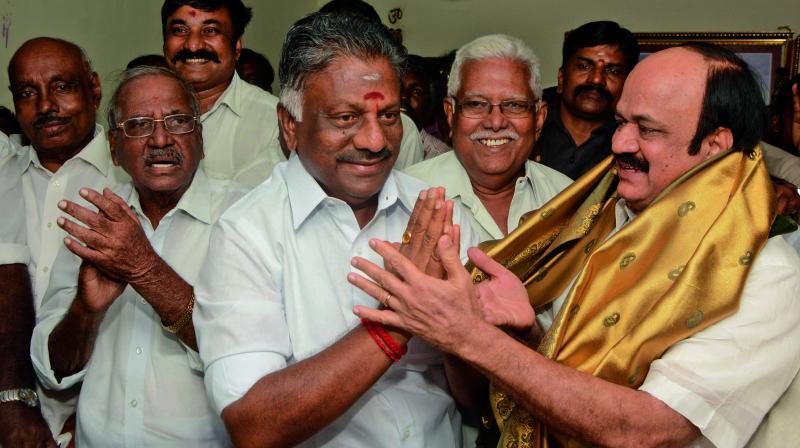 Chennai: Responding to the “betrayal” barb of AIADMK general secretary V.K. Sasikala, Tamil Nadu chief minister O. Panneerselvam on Thursday hit back at her, seeking to know whether “accommodating” her relatives thrown out by late J. Jayalalithaa back into the Poes Garden residence was not an “act of betrayal”. Mr Panneerselvam harped on the apology letter she had given to Jayalalithaa to return to her residence after she was thrown out of the house in 2011.

Ms Sasikala had clarified that she neither wanted to involve herself in public life nor was she interested in any position of power. “This was the letter Sasikala gave to late Amma in 2012 in which she says she wants to come back only to be of help to her,” the chief minister said.

“She also said she was not interested in power or positions. But now she wants to take over the party and government. And now she also says she had not even thought of betraying Amma. Then, why did she give the letter?” he said.

The chief minister also read excerpts from a letter in which the AIADMK general secretary had herself acknowledged that what her relatives and friends had done was unpardonable and a blatant betrayal.

“People will teach a lesson to Sasikala,” he said, adding he agreed to be the chief minister after Jayalalithaa’s death only in the “interest of the party.”