TRS leader K.R. Suresh Reddy said 2022 was the year to double the farmers' income but the govt reduced Rs 10,000 crore for procurement 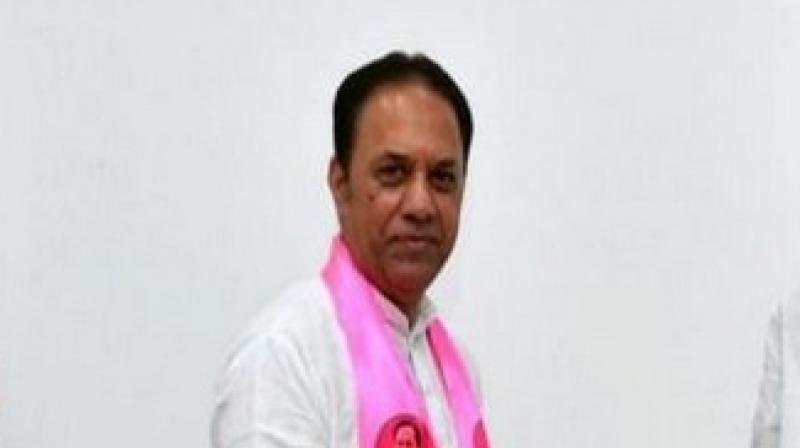 New Delhi: Slamming the Modi government for leaving out the majority of the poor in the Union Budget 2022-23, most Opposition parties on Wednesday also accused the Centre of not doing enough for the farm sector that employs a large number of people in the country.

Participating in the discussion on the Union Budget in Rajya Sabha, TRS leader K.R. Suresh Reddy lamented the "cut" in food subsidies and the "meagre" sum allocated for research in agriculture.

"With a heavy heart, I must tell the finance minister (Nirmala Sitharaman) that a 90-minute (Budget) speech has left 90 crore Indians out of the Budget. This so-called progressive Budget has alienated the majority of the poor people… I say this because agriculture is the backbone of our country and kisan, the ever burdened bearer, constitutes 60 per cent of the workforce in agriculture, contributing 18 per cent to the GDP. Out of which, in the entire agriculture, 82 per cent of them are small and marginal farmers having small holdings of one to five acres. This Azadi ka Amrit Mahotsav and entering into Amritkaal without tangible progressive opportunities to farmers is regressive and Raahukal for them,"  said Mr Reddy, who also asked for legal status for MSP.

The TRS member said 2022 was the year to double the farmers' income but the government “reduced Rs 10,000 crore for procurement (of agriculture produce)".

"The policy of procurement (agriculture produce) is vague. Farmers sow crops in December and you assure them to tell them about the procurement plan in March. Growing crops is not a SWIGGY service. Farmers need time," he said.

Mr Reddy said the agricultural sector's growth needs to be brought to a "reasonable high" in order to double farmers' income, else it will remain a mirage.

CPI’s Binoy Viswam alleged that the Budget was a "failure" and only intended to benefit "big corporate houses such as Tata, Birla, Ambani and Adani".

"This Budget is not for the poor but the rich at the top," he said, adding there has been no attempt to provide succour to women, farmers and health sector as allocations have been slashed and subsidies reduced.