Enough is enough, we cannot keep suffering till eternity: PM

Modi also said VIP culture in the country sometimes creates hurdle in the security systems of the country. 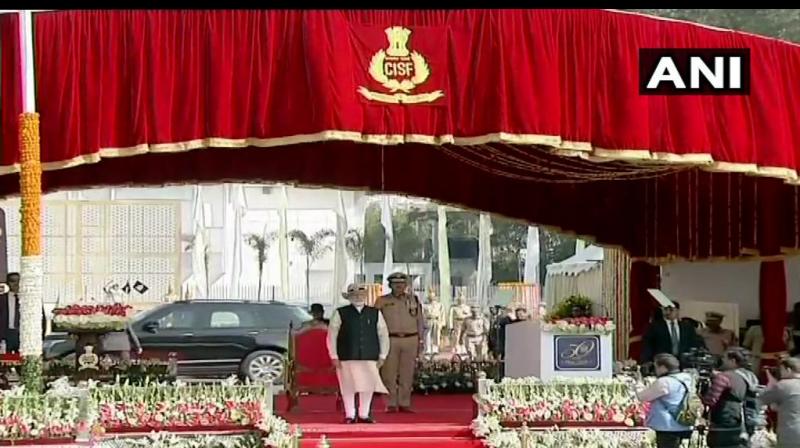 "Enough is enough," he said while referring to the terror attacks in Pulwama and Uri. "We cannot keep suffering till eternity."

Addressing the 50th raising day of the Central Industrial Security Force as the Chief Guest here, Modi said the role of security forces like the CISF becomes very significant when the country faces a hostile neighbour that gets encouragement from some elements within the country in hatching conspiracy.

"When the neighbour is very hostile but does not have the capability to fight a war and various conspiracies hatched within the country is getting encouragement from across the border and when the ghastly pictures of terror come to light, under such difficult situations, (ensuring) security of the country and its institutions becomes very challenging," the PM said.

Modi also said VIP culture in the country sometimes creates hurdle in the security systems of the country.

Modi said sometimes the government has to take certain decisions and hence it took some strong steps. Congratulating the CISF, the Prime Minister also said it is easier to protect an individual but very difficult to protect any institution where there is a daily footfall of 30 lakh.