In the meeting held in the morning, Mamata also raised the loan waiver issue with the PM while discussing the state's debt situation. 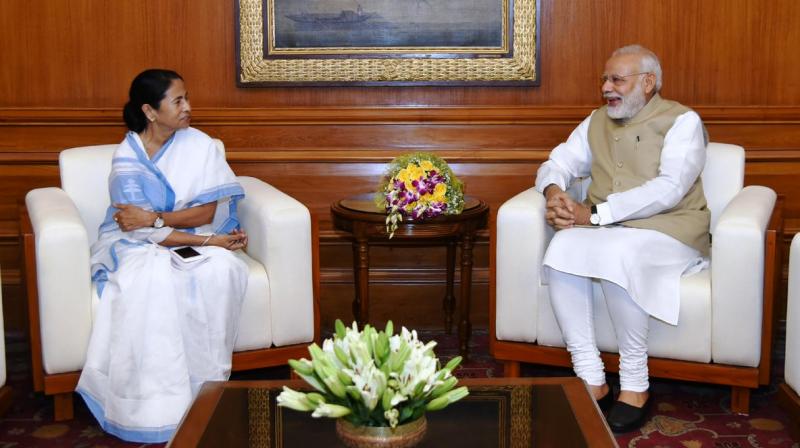 In the nearly half-an-hour-long meeting in the morning, Mamata also raised the loan waiver issue with the PM while discussing the state's debt situation.

Drawing the PM's attention to the problems arising out of lack of funds, she said dues worth Rs 10,469.01 crore were pending with the Centre for MNREGA, Swachh Bharat Mission, food subsidy among other programmes.

The Prime Minister said he would look into it, Mamata, who was in the capital on a four-day visit since Saturday, said here after the meeting.

She, however, declined to say anything on Teesta water sharing issue and said that there was no talk on it with the PM.

The Trinamool Congress chief has been one of the most vocal critics of Modi and led the opposition's onslaught on the issue of demonetisation.